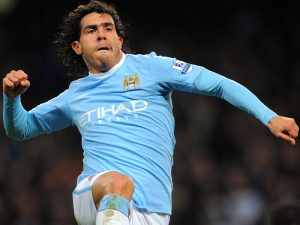 BetOnWins is all about giving you free football predictions that make you lots of money and in this case we have another winning tip. The game in question here is Manchester City vs Aston Villa and it will certainly be a very tight affair as both teams have chances of reaching the last Champions League spot. Hence, major money is on the line for both clubs.

Aston Villa have 64 points compared to the 63 earned by City, but the Villans have a game in hand. Man City will be looking to get back on track with a win here afer recording two a loss agaisnt Man Utd and a draw vs Arsenal in their last two games.

The big issues for City is that their top goalkeeper Shay Given will miss out due to the injury he picked up against Arsenal. Thus, Man City’s Euro hopes will depend on the performance of Sunderland’s 3rd choice goalie Marton Fulop. It’s going to be problem for the home side which is one of the reasons why we advice you to bet on Goal/Goal.

To add to City’s problems, Wayne Bridge is also likely to miss the game after limping off agaisnt Arsenal, while Adebayor has a thiigh problem.

Martin O’Neill on the other hand has a fully fit squad to choose from. City’s former player Richard Dunne has turned into the backbone of Aston Villa’s defense and he is a real aerial threat so it won’t be surprising to see him score a goal here.

BetOnWins Soccer Pick: Our pick for this game is to bet on “Both Teams to Score”, aka Goal/Goal. It’s the most certain betting tip for this game because Man City have some problems and Aston Villa are always a though opposition to beat. City have their goalkeeper out which should help the Villans score. Another factor working in favor of the Goal/Goal is that both teams have not had a Goal/Goal game in their last two games, so it’s about time this trend to end.