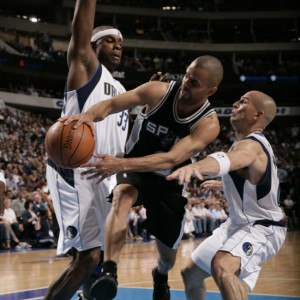 Familiar faces meet the in the first round of the NBA Playoffs in a Texas derby between Dallas Mavericks and San Antonio Spurs. Dallas won the 1st game of the series edging Spurs just slightly in the dying minutes of the game. It was a well balanced affair between two sides that are more or less on par.

Dallas added depth to their squad by bring Caron Butler and Brendan Haywood to an already formidable team lead by the German Machine Dirk Nowitzki and assissted masterfully by the brain of the team Jason Kidd.

However, the Spurs have players that are just as good, in fact they should be the better side, at least on paper with top players like Tony Parker, Manu Ginobili, Richard Jefferson, Tim Duncan, Antonio McDyess, and George Hill. They lost the first game and they know that for them to advance to the next round they would have to win an away game like the one tonight as Dallas has the home-court advantage in this matchup.

BetOnWins NBA Picks: Our prediction is for the Spurs to win this game and the odds for them on Money Line are quite high, especially at Bet365.com where you can bet on 2.4 for Spurs Win. If you are a bit uncertain here, then we advise you to go for the +3.0 Point Spread on the Spurs!