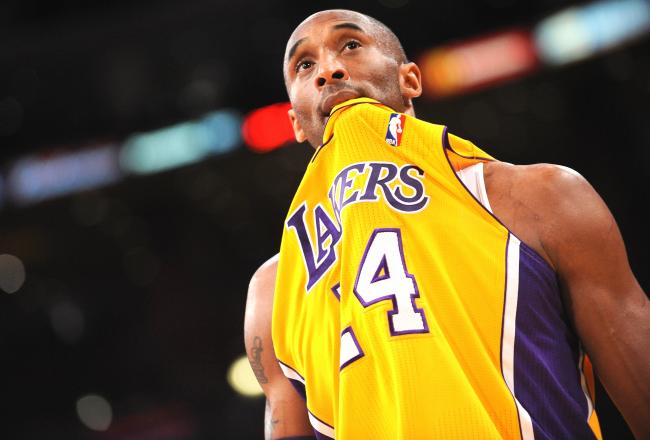 The wait was finally over on Saturday as Kobe Bryant made his comeback from the achilles injury he sustained against Golden State back on April 12th, 2013. It was not the type of hero comeback that most of his fans probably expected as the Black Mamba struggled for the most part making eight turnovers and converting on just two of his nine field goal attempts. But it’s a process and Kobe knows that better than anyone. Tonight, on November 10th, the Phoenix Suns come to Los Angeles basketball fans worldwide are eager to see how the story continues. Fact is that the Suns have surprised a lot of people this season as they were expected to be one of the worst teams in the league, and yet with the help of the Morris twins, Dragic, and Bledsoe, led by new head coach Jeff Hornacek, they have registered 11 wins out of 20 games, which actually gives them a better record than the Lakers who are 10-10.

In his debut game, Kobe had 9 points, eight rebounds, four assists and two steals. He looked really hesitant, and definitely way bellow his regular standards , but that was to be expected. It will take at least a month for him to get his game legs back, his timing, and synch with the entire team that was playing quite well up till now. It would be a steady process for one of the game’s greatest players, but that’s just another challenge for 18-year veteran, and as we all know, that guy loves challenges as these are the sort of things that drive such great individuals.

Mike D’Antoni is aware of what’s ahead: “It’s going to be awhile,” coach Mike D’Antoni said. “He hasn’t played in eight months. It’ll take awhile for him to get on par, but he’ll get there. It takes everybody to get back in a groove and get his legs. He’ll definitely be better anytime he goes out.” – See more at the Lakers blog. 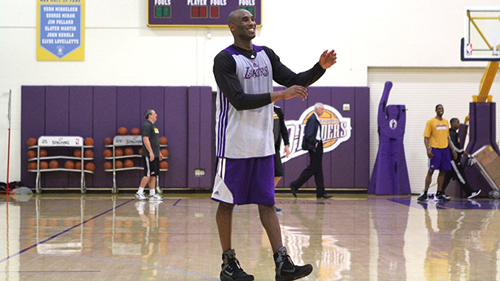 Surprisingly, Kobe went on to play nearly 30 minutes in his debut, whereas he was expected to be in the low twenties. Truth is that the more he players, the faster he will get back to his groove. However, while he was on the court, it was evident that he was disrupting the chemistry of the current Laker team as they had found a way to win games without him. Kobe slows the game down, while prior to that the ball was moving and guys on the three point line were getting some pretty good looks. Xavier Henry who has been the revelation this season played under 20 minutes, but still managed to lead the way with 17 points. It will take time for D’Antoni to incorporate Kobe back without disrupting what they have achieved thus far.

Here is how Xavier Henry is viewing Kobe’s return: “We’re going to have to carry Kobe a little bit, because of course he’s not 100 percent, not in game shape. It’s going to be fun. It’s a long year, and he’s just getting back.” And that’s where the danger comes in this particular game against the Suns.

Similar to the Lakers, the Suns have one of the most productive bench units in the league, and they also love to play a high-tempo style. They pose a serious threat with their two point guard combo of Bledsoe and Dragic, and quite frankly, there is no one on the LA roster that can stop these two.

Suns at Lakers Prediction: To get our prediction for this game, register here.