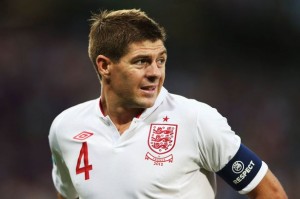 Another round of World Cup qualifiers is about to be played out tonight and we have some really good derbies all over the globe. England impressed in their 5-0 win against Moldova, but truth is that the opponent was of a really low caliber, so it would be interesting to see how they will perform against a much tougher opponent in the likes of Ukraine. Belgium’s golden generation will be looking to establish themselves as the leaders in their group by beating Croatia at home, and that promises to be another spectacular game.

That would be Ukraine’s first fixture in Group H. Of course, the match will be played at the Wembley stadium, although it’s unlikely that we will see a full crowd. Roy Hodgson has some serious selection issues to deal with, and that makes us think that England fans might be in for an unpleasant surprise tonight. As you are probably aware of, the previous game between these two nations was at this summer’s Euro championship and England won just by 1-0, and Ukraine had a clear goal disallowed due to a ref mistake. That defeat got them eliminated from the tournament in front of their own fans, so now they will be looking to put things right and get some sort of revenge.

The bookmakers are favoring England to win this game with the odds on them being as low as 1.44. However, the real betting value is on the draw at 4.20. England are without John Terry and Ashley Cole at the back, and without Rooney and Theo Wallcot in attack. These absentees will seriously weaken their side. We saw at the last Euro championship that Ukraine is a good team, with a really strong midfield and pacey wingers in Konoplienka and Yarmolenko. Yes, Shevchenko and Voronin retired from the national side, but they can still pull off a surprise result here. Obviously, that draw is a long shot, but we feel it’s worth it. The more certain option would appear to be the Goal/Goal at 2.10 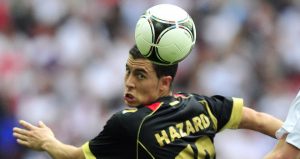 Group A is a really strong one featuring the emerging Belgium, Croatia who have some of the better young players in Europe, along with the rough and though Scotland, Serbia, Wales, and Macedonia. Obviously, every point will matter in such a tight group, and both Croatia and Belgium got off to winning starts. Tonight, they go head-to-head in a game that could ultimately decide the group winner. These two sides are filled with talented individuals, some of the better ones in the entire Premier League, no need to mentioned them one by one. All in all, we expect an attacking game with loads of chances and more than two goals. It could end in a 1-1 draw though, so our money would be on Both Teams to Score. 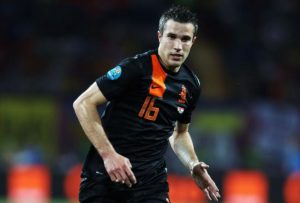 Holland should not have much difficulties going through that Group D where they are accompanied by Turkey, Romania, Estonia, Andorra and obviously tonight’s opponent. Hungary have improved in recent years, and given the Oranje’s shaky defense, we expect both teams to get on the scoresheet, but the visitors are odds on to win at the end. So we predict a game with more than two goals in it.