The German Bundesliga is the football league that produces the highest number of goals compared to all other national leagues accross Europe. The atmosphere is always great as the stadiums are packed consistently, while the game itself is fast, dynamic and open. These are just some of the factors behind our straight soccer picks for today. The next best football betting pick for today’s Bundesliga is the Goal/Goal on Freiburg v Mainz. Freiburg have always been a solid team at home, and look almost certain to find the net here as they will be playing at their own stadium, fans support, along with great options in attack in the likes of Cisse and Dembele. Mainz is up against them, and we would like to remind you that they were on top of the Bundesliga for large parts at the start of last year. They will strong this year as well and you can look no further than their last match – a 2-0 win at home against Leverkusen for a proof. 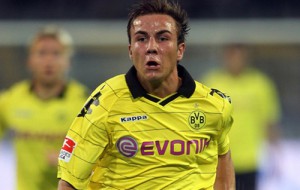 We continue with our Goal/Goal betting selection from the Bundelisga on August 13th, with a Hoffenheim v Borussia Dortmund prediction. Borussia have started in the same way the ended last season – with solid display resulting in a win. A lot of soccer betting analysts expect them to fall in 2011, as they sold Sahin to Real Madrid, but their former playmaker has not been missed at all by his teammates. Dortmund won their opener in a convincing fashion as they beat Hamburger 3-1 at home. As you would expect, Mario Gotze was the man of the match, while Grosskreutz scored the other two. Bottom line is that BVB will easily score at least once in this Hoffenheim v Borussia Dortmund prediction, while the Hoffas also demonstrated good form at the start and with players like Ryan Babel, Salihovic and Obasi, they should please their fans by putting one past the reigning champions.