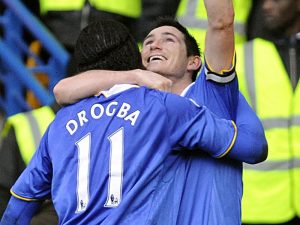 Premier League title holders Chelsea open their season at Stamford Bridge against newly promoted West Bromwich Albion. The easiest Chelsea v West Brom prediction would be to back the Londoners for the win and an outcome like that won’t surprise anyone. But will that really be the case? Will Ancelotti’s men have an easy ride against a though team like WBA? We give the answers to these questions in our Chelsea v West Brom prediction.

The pre-season friendlies are finally over and we are in for some real action. West Bromwich Albion are coached by former Chelsea player Roberto Di Matteo so it would be an interesting reunion.

An interesting statistic regarding our Chelsea v Wes Brom prediction is that Chelsea have won their last 8 opening day games. Such trends are very important in soccer predictions in general, because sooner or later they always come to and end and 8 in a row is a serious number even for a club like the Blues. Chelsea’s last flop at the start was a 1-1 draw against Newcastle back in 2001. 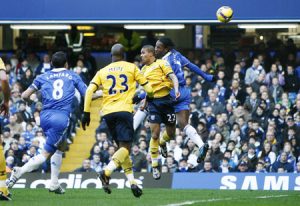 Thus, one of our most profitable soccer predictions for this weekend is to go after the surprise in this Chelsea v West Borm prediction and bet on the Draw which is rated by online bookies at 6,75! Now that’s what we call a super value bet. Betting a $100 on the draw here will result in 575$ worth of tax free profit should the game end in a draw. In terms of correct score between Chelsea and West Brom, 1-1 is certainly a good pick.

The factors that could cause problems for Chelsea in this game is that they had a lot of players involved in the World Cup in South Africa so they might not be completely recovered and ready for action. Also, they parted with starting center back Ricardo Carvalho who followed Jose Mourinho to Real Madrid, while emblematic midfielder Joe Cole went to arch rivals Liverpool on a free transfer. Another interesting aspect is that for the first time since Abramovic took over as president, Chelsea didn’t make a single big move on the transfer market. Basically, they haven’t bought anyone so far although they are close to signing Neymar from and have almost officially captured another Brazilian – Ramires from Benfica.

But still, we could be in for a huge upset in the opening day of the Premier League with this Chelsea v West Brom prediction. Betting on Chelsea to win at the odds of 1,15 is certainly not a good idea, because the odd is too low for the risk there is. Perhaps a draw at half time followed by a win for Chelsea in the second half is the better option. This Half Time/Full Time bet is available at price of 3,60 by bwin.

Chelsea v West Brom Prediction: the Albions have lost all their 8 meetings with Chelsea, while the Londoners have won 8 straight opening day games. We feel this trend will end here so our pick is Draw @ 6,75! Of course, it’s a surprise type of bet so don’t go all-in on it, but it’s definitely worth a shot.