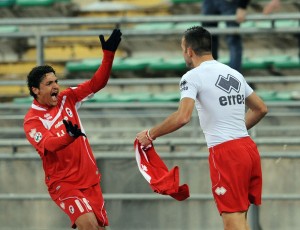 Juventus are going through one of their worst seasons ever and even after they fired one coach and replaced it with another, results have remained as poor as ever. Initially, they had quite bold Scudetto hopes but the harsh reality caught up with them and they are now fighting for the last Champions League spot which is almost out of reach as they are 7 points behind it.

Juve have won just 2 of their last 6 fixtures and if they continue their poor form they will even be out of Europa League places. They should surely win this game but the odds for a home win here are just 1.4 at bet365 which is known to the bookie offering the best odds on the Internet.

So there is little value on betting for a Juventus win here especially given their bad form and the fact that Bari are a dangerous side that might even earn some points in this game. The corresponding fixture in the 1st half of the season ended with a 3-1 win for Bari!

Thus Bari will surely fancy their chances against the Old Lady even though their season is practically over and they have nothing to play for. Bari occupies the 11th place Seria A well above safety but also way bellow the European spots. But this will also mean they will be playing free of any pressure.

Juve has some players out with Chimenti, Grygera, Trezeguet and Giovinco surely missing this game, while starter midfielders Felipe Melo and Sissoko are suspended.

Bari has a lot of players missing as Donda, Kutuzov, Ranocchia, Kamata, Rivas, Pisano and Allegretti are all out, while Gazzi and A. Masiello are suspended.

BetOnWins Prediction: Bari have lost 3 games in a row which is unusual for them so they will be looking to recover some lost ground here. Pick both teams to score here, aka Goal/Goal.