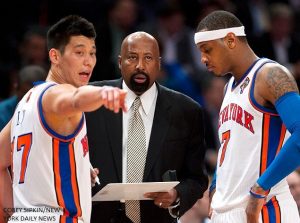 As always, BetOnWins.com strives to bring sports lovers worldwide the most accurate NBA betting picks on a daily basis, and for today, we have prepared this Pacers at Knicks prediction. It has been a turmoil period for New York as D’Anthony resigned after six consecutive losses. Assistant coach Mike Woodson was appointed as the man in charge now, and the team responded quite well with a blowout win against Portland as they defeated the Blazers with a 42-point difference (121-79). That performance has made people think whether the Knicks players were trying to get D’Anthony fired all along by not performing at their best in previous games.

Either way, the only thing certain about the Knicks is that they are the most overrated franchise in the NBA, and that has been for quite some time now, if not forever. They are always about talking the talk, but not walking the walk. Melo and Amare were supposed to turn them into a real title contender, but the team has had a negative record overall with Anthony in the lineup.

Truth is that the Knicks have plenty of talent on their roster. Their team is good, but their record isn’t, so the management decided it was time to shake up things. However, in terms of players, their hands are now tied as they’ve already spent all their money on their own “Big Three” version of Melo, Amare and Chandler who will collectively earn 175 million USD in the next three years! So the only thing that could have been changed was the coach. 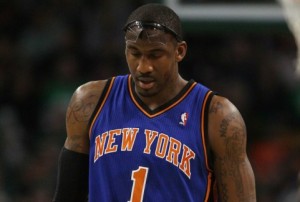 But back to the topic of our Pacers at Knicks prediction for March 16th, this is a game of significant importance for New York. The Knicks are currently battling to get into the Playoffs, something that should have been a guarantee for them. At least such were the expectations for them at the start of the season. Missing out on the Playoffs would be a major disaster for them, and yet it’s a totally realistic scenario right now, unless they string some consecutive wins and make a good run.

As things stand right now, going into this Indiana Pacers v New York Knicks prediction, the team from the Big Apple is 9th with a record of 19-24, as are the 8th placed Bucks. However, the Bucks won the direct matchup at the Garden so that’s why they are currently ahead. Another major problem for the Knicks is that Milwaukee just made some serious improvements to their roster in their bid to reach the postseason this year. The made a trade with GS Warriors sending the ever-injured Bogut and Stephen Jackson to San Francisco, while they got Monta Ellis, Udoh and Kwame Brown in return. Monta Ellis is among the best shooting guards in the league and when paired with Jennings, the Bucks now have one of the better backcourts in the NBA. Ersan Ilyasova has been in superb form lately, so the Knicks will have a hard time beating Milwaukee for the final Playoff spot. 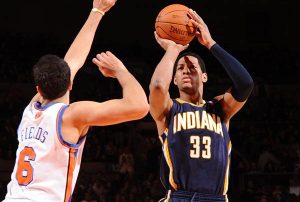 That’s why our Pacers at Knicks prediction is for a home win. The bookies are favoring the Knicks as well – the odds on them to win on Money Line are about 1.60. Of course, Indiana are a dangerous opponent with the likes of Granger, Hibbert, Paul George, Collison. Larry Bird has been doing a great job there, slowly but surely building a solid ball club. They just attracted Leandro Barbosa who will provide a spark from the bench. However, it’s unlikely that he will be a factor (participate) in this particular Pacers at Knicks prediction.

Everyone wants the most accurate NBA betting tips and picks, and we do favor the Knicks to get the win here, but we warn you that it won’t be easy. There is going to be some drama in this ball game, so it could be wiser to watch it live and wait for the proper moment. Bottom line is that Knicks have their backs against the wall now, and with the MSG filled with win-hungry fans, they will have to leave it all out on the floor and go hard for that W.