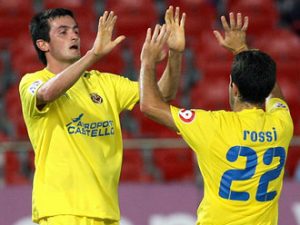 This game features two of Primera’s most entertaining sides that definitely know how to score goals. Both teams have everything to play for so it’s going to be a tight game with lots of energy to it. Racing are just 4 points clear of the relegation zone and yet they have a quality side and they will be playing in front of their own supporters. They have scored at least once in their last 3 games and we don’t see a reason why they should fail to do so again.

Villarreal on the other hand are the better team as they occupy the 6th place in La Liga still fighting for Champions League position at least in theory. But even Europa League is not a guarantee for them as they can get surpassed by Atletico Bilbao for the 6th place should they fail to win here. They got loads of talent in front with Nilmar, Rossi and they are supported nicely by Pirez.

BetOnWins Predictio: Villarreal will be looking to win this game but it won’t be easy for them as Racing are motivated to survive and are in front of their home supporters. Our football prediction here is Goal/Goal.