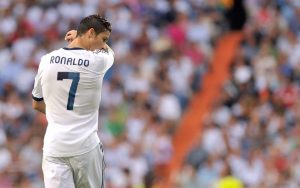 Group D is rightfully labelled as the Group of Death due to the presence of champions from four different countries. That has really (if ever) happened in the so called “Champions League”, but the emphasis here is the most accurate Real v Man City prediction. Everyone knows that Mourinho is now under huge pressure, with his side losing two of their last three league matches and trailing Barcelona by 8 points already. Then there is the “Ronaldo drama” once again with the player stating he felt unhappy at the club. Another failure at the Bernabeu tonight will mark the beginning of the end for Jose’s spell at the Spanish capital.

After Saturday’s 1-0 defeat in Seville, Jose said that it’s his fault as he was not able to motivate his players. You know his tactics of always trying to play the role of a saint claiming that whenever the team wins, it’s everybody’s achievement, but whenever they lose – it’s his personal fault. So the spotlight is on the Special One, or like the prefers to be called – The Only One. Usually though, his sides are capable of turning this around under such heavy circumstances. Here is how he described things in his own words in front of journalists prior to today’s Real v Man City prediction: “I am the first one responsible [for Madrid’s results]. In my teams when we win, we all win and when we lose I am the first one responsible. Football is today and tomorrow not yesterday. Yesterday is history. I haven’t been able to keep my players motivated and focused.”

Yet this time, up against Real is a side that has grown tremendously over the past several years. Good news is that he has a fully fit squad to chose from and new signings Modrid and Essien, players who have the experience of competing against Man City, have been included in the 21-man squad. Ronaldo, Benzema and Higuain should form the attack. Jose admitted that he won’t be making any major shifts in his starting eleven: “The starting lineup won’t be very different and nor will I pick on any player who’s not in the best conditions. It’ll be the best team I consider to take on a team full of top-level players.”

An interesting fact about this Real v Man City prediction is that the Spaniards have won their last six home games in Europe’s premier competition. Perhaps that run is about to end tonight. Sergio Aguero will be able to play against such a familiar opponent for him after all these years in rivals Atletico. The odds on Kun scoring at any time are rated at about 3.25 and that’s pretty decent.

Real v Man City Prediction: To get all of our Champions League predictions for today, register here.