All four of the major European football leagues have fixtures for today, and that provides us with plenty of opportunities to make a nice profit. The German Bundesliga resumed with a bang yesterday as Schalke defeated Hannover in one of the best games of the season. It was an absolute cracker that ended 5:4. There were plenty of goals and drama in Spain as Espanyol managed to overcome a 1:2 deficit at the break to get a 3:2 win in the second half. Here is what we think will happen today.

The Citizens are expected to win this game easily and post their 7th victory out of their last 8 league games. They would be seriously motivated to claim all three points here as the league leaders Man United can potentially drop points at White Heart Lane against Tottenham on Sunday. However, the odds on the home win here are just 1.25, which is why we will opt for the higher risk but much more profitable No Goal type of bet at 1.90. Basically, City have not conceded in their last three games, and we feel that will continue. 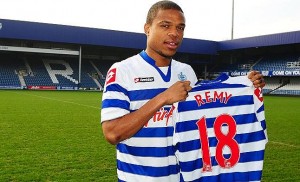 QPR are fighting for survival and they have certainly shown improvement under Harry Redknapp. They managed to beat Chelsea at Stamford Bridge, so they have quality to compete against anybody. Their problem has been in the attacking department, as they’ve scored just two goals in their last 5 matches. In an attempt to strengthen this department, the QPR management made a quick winter transfer move buying Luis Remy from OM. The dons have scored just two goals in their last five games, so we expect them to get on the good foot in this one, and put at least one past Jaskelainen. On the other end, West Ham are always playing solidly at home, plus they know this game is a potential “six pointer” so they will be going for the win too, which should result in an attacking game.

19 January, Today’s Most Accurate Football Predictions added by betonwins on 01/19/13
View all posts by betonwins →