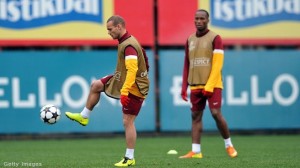 Our list of today’s best Champions League predictions continues with this game between Galatasaray v Schalke. The Turk side has been making headlines over the past several weeks with their transfers of some iconic footballers in the likes of Didier Drogba and Wesley Sneijder. The common thing between them is that they have both won the Champions League, but they have not participated in regular matches over the past couple of months. Galatasaray are led by the most successful Turkish coach – Fatih Terim, and he had an interesting comment about this Galata v Schalke prediction.

“There’s a perception that because we have Wesley Sneijder and Didier Drogba we’ll advance to the next round comfortably. Please be aware that both players didn’t play for a few months [before signing]. My biggest wish is to benefit from their experience in the UEFA Champions League. Sneijder is a key player with his intelligence. Both he and Drogba are adapting fast to their team-mates and this makes me very happy.” These were the words of Terim in his press conference yesterday, and they seem to be describing the situation quite accurately. Drogba and Snejder are two world class footballers with serious Champions League experience and their presence in the Turks’ starting lineup will certainly boost their chances of success, but the lack of match fitness and regular first team football are some real causes for concern. 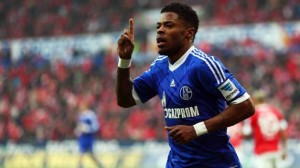 German sides have always been a dangerous opponent, and you can never write them off regardless of the scoreline or players available. They will always put up a good fight, so despite their league struggles, Schalke will be looking to obtain a good result at the Ali Semi Yen stadium. Schalke have won just one of their last 11 Bundesliga matches. However, they have been boosted by the news that their best striker Klaus Jaan Huntelaar would be available to start, and winter signing Michael Bastos has seemed to be adapting well having scored 3 goals in just as many official games for his new club after leaving Lyon. Farfan is also in line to start but January recruit Raffael is ineligible. Given their options in attack, one of the best Galatasaray v Schalke 04 predictions is that we will see more than two goals here.

A key moment in this Galatasaray v Schalke prediction for February 20 is the absentees in the German team’s defense and attack. Atsuto Uchida, Ibrahim Afellay, Kyriakos Papadopoulos, Ciprian Marica, Christoph Moritz and goalkeeper Lars Unnerstall are all unavailable. That should put the home team in the driving seat to win this game. An interesting moment is that Galata has failed to win on their last five meetings with German teams in Istanbul.

Galatasaray v Schalke 04 Prediction: To get our betting pick for this game, register here.