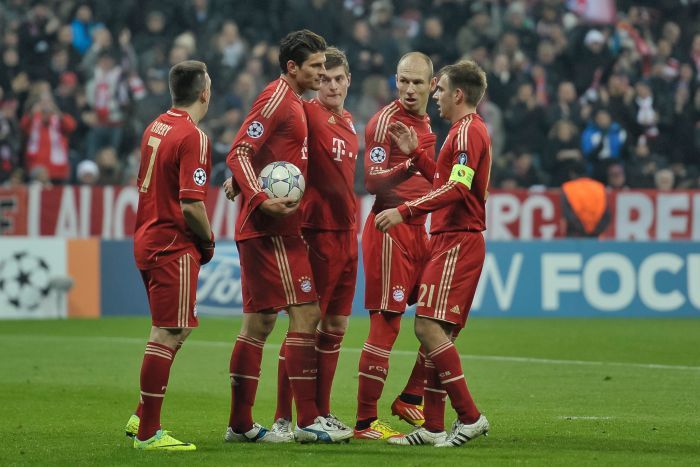 The second half of the Bundesliga season is getting underway tonight with a bang as we introduce you our Borrusia M’gladbach v Bayern Munich prediction. Interestingly enough, Gladbach won the reverse fixture with a surprise 0-1 win at Alianz Arena. They have been undefeated at home this season, and also have the second best defense in the league having conceded just 11 goals. Bayern are first in that category with just 10. It promises to be a tight match with everything up for grabs in the final minutes.

Not surpsingly, the online betting companies such as bet365 view Bayern are strong favorites for the win here. They can be backed up at 1.66. They certainly have the class and firepower to win on just about any stadium in the world, but this particular derby has always been a difficult one for them. M’Gladbach are one of the few sides in the Bundesliga against whom Bayern have a negative record. They have had just one win on this pitch since 1999, with three straight draws there.

All the talk at Bayern’s camp is how they are going to start off strong and win this game. Gladbach’s Swiss coach Lucien Favre is looking for the upset though:“Bayern are a top team and favourites to win the league. We’ll need cool heads and lots of patience, but we’re not scared.” The home team has not won this duel at their own stadiu for more than seven years, but they would be satisfied with a draw, against an opponent that in reality does have more quality. Captain Filip Daems confired: “We definitely want a point here at home,”

Bayern will be without one of their most dangerous men Frank Ribery, who is serving a suspension. His absence is always a blow, because of how important and good he is. Good news is that Robben is finally back, and in combination with Gomez and Muller up front, Bayern are always looking dangerous. It’s really intersting that the last four matches between these two sides here at Gladbach have ended in draws including last year’s spectacular 3-3. So it’s hard to see this one ending in a fifth straight draw. Going for the ultimate surprise with a win on Borrusia M’gladbach has loads of value at 5.00.

Bottom line is that Gladbach have been the biggest surprise in this Bundesliga season and they have impressed everybody with their well organized and tight style of play. They are very stable at the back, and with both sides coming off the winter break, we predict a low scoring game that will be Under 2.5. goals. This is one of the best Bundesliga betting tips today and it’s offered at 2.05.