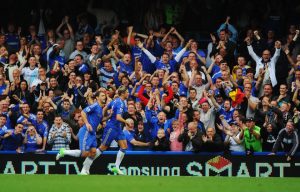 We have prepared for our readers today’s best Premier League predictions. This round features two of the biggest derbies with Liverpool hosting Man United and Man City at home against Arsenal, but these matches are scheduled for Sunday. It’s all about today though, and Chelsea will take on the rough the rugged Stoke City, while the sensational Swansea have a though game against Everton, so these are the games we will be focusing on.

Chelsea have been on a bad run lately, and we expect that trend to end today. First came the embarrassment in the Super Cup Final against Atletico Madrid, where they lost by 1-4. That poor result was followed by two straight draws, although they had difficult opponents – the London derby against QPR, and the spectacular 2-2 draw at home versus Juve on Wednesday. Thus, we predict they will take all three points from this game. Additionally, the Blues have another derby coming up – against Arsenal at the Emirates next weekend, so they are desperate need for all three points against Stoke today.

Everton were seriously unlucky to had drawn their last game when Demba Ba scored a very late equalizer to share the spoils in a dramatic 2:2 draw. Some referring decisions also went against them, so this will be an interesting game. The big issue for David Moyes is that his star striker Nikica Jelavic will be out for a couple of weeks. Meanwhile, Swansea lost their last game away to Aston Villa and they didn’t even score, so we do expect them to find the back of the net in front of their own fans. 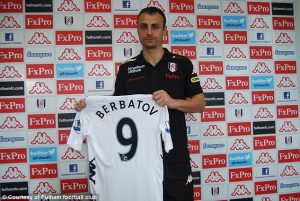 Berbatov made a great debut last week as he scored Fulham’s first two goals against WBA. Fans would be expecting more of the same from him. Martin Jol has declared his full trust and admiration for the Bulgarian striker and he is at his best when a manager believes in him. Wigan parted ways with some of their better players, and we won’t be too surprised to see them lose this game. Hugo Rodallega is one of these players that will be no stranger to the DW stadium, while Frank di Santo is Wigan’s main hope for goals and survival.