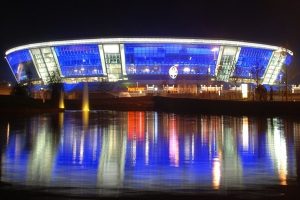 Our Champions League predictions for today put the focus on this Shakhtar v Chelsea preview. The Londoners are in fine form at the moment, but our pre-game research suggests that they will experience some difficulties in Ukraine, over 1.700 miles away from home. They might be leaders in the Premier League and currently on top of Group E on goal difference against that particular opponent, but the Ukrainians are a solid outfit especially at the Donbass Arena.

A focal point of this Shakhtar Donetsk v Chelsea prediction for October 23rd is the venue. The Donbass Arena was built as part of the country’s bid to host the 2012 Euro Championship that took place this summer. It’s one of the most modern football stadiums in Europe, given a rating of five stars by UEFA’s stadium-classification. It cost nearly 300 million euros to built, and has a capacity of 51,000. One of the most accurate Shakthar v Chelsea predictions is that the stadium will be sold out for tonight’s encounter. This would be a huge factor working in favor of the Ukrainian side filled with Brazilian talents.

Chelsea’s last game was an impressive 4-2 win at White Hart Lane against Tottenham who were on a rise going into the game. Plus, the Blues had to score three of their four goals in the second half to overturn a 2-1 comeback that their rivals made after the break. All in all, a great performance by Di Matteo’s men, but it must have taken a bit of their edge given how much effort and energy they invested. 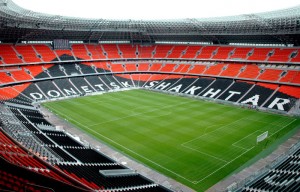 Shakhtar have plenty of credentials to cause difficulties to their English opponents. Their head coach is a man with loads of experience in international football – Mircea Lucesco. The Romanian has a solid background and he is a mainly influenced by the Italian tactical style having worked in the Seria A for almost a decade in charge of Brescia, Reggina, and Inter. He has some top players at his disposal here with Chygrynskiy, Rakitskiy, Srna, Alex Teixeira, Costa, Willian, and Luiz Adriano. The last two would form a Brazilian attacking pair up front. These are important factors that speak in favor of the home team forming this Shakthar v Chelsea prediction as one of the best Champions League betting picks for today.

Lucescue made an interesting review of the Blues: “Chelsea have two groups of players. In defense they have tall and physically strong footballers, but in midfield and attack they have very fast and technically gifted players. Last season they played a different brand of football as they were concentrated on defence, hoping for set pieces and some Didier Drogba magic. However, today their style has changed, as they have bought some new players such as Oscar and Hazard. We expect that the visitors will attack a lot.”

Another crucial element to this top Champions League prediction for October 23rd is that both coaches have fully fit squads to chose from. That should set up a dynamic game with high intensity. Our Shakhtar Donetsk v Chelsea prediction is for a balanced encounter that will be decided in the last 10-20 minutes. 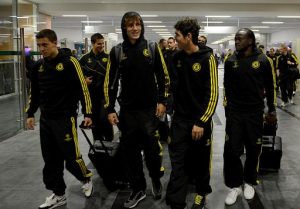 Roberto Di Matteo had the following to say in front of reporters yesterday: “We haven’t got any new injuries after the weekend game. I think we might play the same squad that played against Tottenham.” The team he fielded in that London derby was: Čech; Ivanović, Cahill, Luiz, Cole; Mikel, Ramires; Mata, Oscar (Sturridge 83), Hazard (Lampard 90); Torres. However, one of our most accurate Champions League predictions for today is that Frank Lampard will start in Ukraine and he will play a crucial role too.