There is little doubt that the best Champions League prediction for October 24th comes from this Borussia v Real preview. That game would be the night’s headliner simply because it features the champions of Germany and Spain, and that’s what this tournament should be all about. Current national champions going against each other in a battle to determine the very best team in Europe.

Last season, BVB failed to get out of the group stage, and they are very determined to avoid that now. However, English champions Manchester City who are accompanying those two teams in Group D are in the same bout as they also got eliminated in the group phase in 2011/12. Borussia have recorded four points from their first two matches with an opening 1:0 win against Ajax followed by a spectacular 1:1 draw at Manchester City, where they could have and should have won hadn’t they missed that many chances, but we have to give credit to Joe Hart as well.

In light of our top Champions League prediction for today, the point we are trying to make is that Borussia Dortmund’s players will be fired up for this encounter. They have everything to play for with the entire Germany behind them and the world watching. The online bookies are expecting a goal fest, which should prove to be correct given how good in attack both teams are. Borussia will be on the wings on inspiration cheered up by over 80,000 fans at the Signal Iduna Park arena. BVB hold the record for the hihghest average attendance in Europe, because even though Camp Nou has a higher capacity (nearly 100,000) it does not get sold out every game. 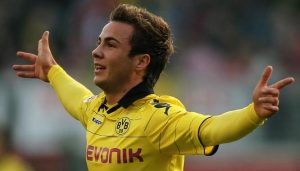 There is not much value in the Goal/Goal type of bet here since it’s offered at 1.50. Perhaps the alternative of Over 3.5 goals at 2.50 is the better option. Examining all factors surrounding a given game, including the beting odds is what often allows an expert in the field to form the best football predictions for a given day.

There are some issues in front of Jose Mourinho regarding that particular Borussia v Real prediction. The defense is the line that’s currently problematic for Real. Despite their usual squad depth, they are currently left without a pure full back as Marcelo, Alvaro Arbeloa and Fabio Coentrao are all injured. Things are quite serious in Marcelo’s case with the Brazilian set to miss the next three months. That made Mou play Essien at left back in their last game – a 2:0 home win versus Celta on Saturday. This will also force the Special One to move Sergio Ramos to the right back position and line up the inexperienced Varan or the out-of-form Carvahlo alongside the nervy Pepe. All these factors make us favor the home side in this Borussia v Real prediction.

Another major factor to be taken into consideration about this most accurate Champions League prediction for today is that Germany has proven to be the worst country to play for Real Madrid in a sense that the Spaniards have managed just a single win in 23 attempts! The solitary win came against Bayer Leverkusen in 2000.