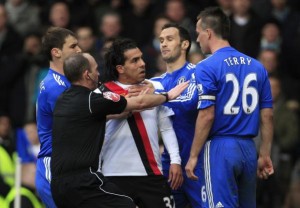 It’s the derby of the rich boys in the Premier League as  Manchester City takes on Chelsea at the Stadium of Light in the opening “tea time” match of the 6th round this Saturday, 25th of September. That’s why BetOnWins.com is focusing your attention on our Manchester City v Chelsea prediction which is bound to make you some good money. Chelsea have been flying high scoring goals for fun lately, while the Citizens are trying to establish themselves as a force to be reckon with in English football. So what’s it going to be ?

There are a lot of interesting facts to be taken into consideration for this Manchester City v Chelsea prediction. As you know by now, we at BetOnWins.com don’t like to leave things to chance and take everything into consideration, from squad news to movements of the odds at the major online betting companies. So let’s get it going. 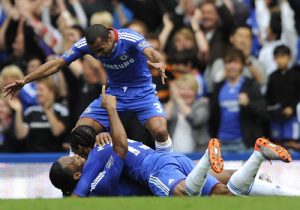 Chelsea have been in free scoring form as they are starting the season just the way the ended the last one – trashing their opponents from the first to the last minute and winning by several goals difference. However, if we have to be completely realistic, we have to note the fact that their opponents so far haven’t been exactly of the highest class. In  fact, in those 5 rounds in the EPL, they have played only relegation battlers and newly promoted sides and that’s really important for an accurate Manchester City v Chelsea prediction. It simply means that Chelsea are getting slightly overrated right now and this match against the Citizens will be their first real test of the season. Their five wins so far came against W.B.A (6-0), Wigan (0-6), Stoke City (2-0), West Ham (1-3), and Blackpool (4-0).

Alex Ferguson also made an interesting comment regarding the Blues’ impressive run of wins and the current Man City v Chelsea prediction by saying the following: “I think Chelsea chose the calendar themselves — it’s a quite amazing start of the season. But they finished last season scoring a lot of goals against weaker teams and have continued that way. You still have to beat those teams and Chelsea done that in quite a strong fashion. Manchester City did not have the strongest start of the season, but you have to think that with the squad they have they will be there.”

So up against them this Saturday, Carlo Ancelotti’s men will be facing a much tougher opponent than the ones they have demolished so far in the 2010/11 campaign. That might catch them off-guard which is why BetOnWins.com’s main Manchester City v Chelsea prediction is that the visitors from London won’t win this game! Chelsea are expected to be without their midfield maestro Frank Lampard and have already showed signs of instability by losing their last game – a shocking 3-4 Carling Cup exit at the Bridge against Newcastle.

As a matter of fact, Chelsea are the only side in the EPL this season to have scored the first goal in all their 5 matches! That’s why one of the best picks here is to bet on this trend to finally stop by laying money on City to Score the First Goal in the match at 2,37! 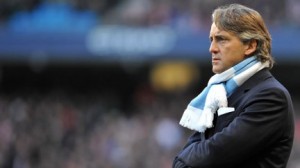 Roberto Mancini had an interesting comment to make regarding this Man City v Chelsea prediction: “Chelsea are the best team at the moment. They look as if they will win the Premier League easily, a strong team who have played together for years and who have a fantastic manager. They have scored a lot of goals, but even when you score so many goals, the day always comes when you don’t score. So I hope it’s tomorrow! Why not?. We know it will be a difficult game for us, but it is for them as well. Chelsea is the top squad, but I don’t think our players are worse than theirs. Our team is a strong team. We have only one problem – the injuries. But the players on the pitch tomorrow will be strong, of that I am confident.” 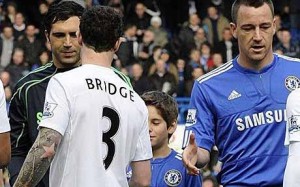 Man City were the only club in the Premier League to achieve The Double against Chelsea last season as they beat not just once but twice and the second time was super impressive as they left Stamford Bridge with the convincing 2-4 win! It was a game that will also be remembered for the scandal between Wayne Bridge and John Terry but that’s another story. In this game, the Blues will be looking to avoid a third successive loss against City, which is another important factor for our Man City v Chelsea prediction.

Here are the results of matches between the two sides over the past 5 years:

As you can see, this derby has not ended in a Draw for the past 5 years and that’s a super important part of our Man City v Chelsea betting analysis. BetOnWins.com expects this game to end in a Draw and the online bookies offer odds of 3,30! In terms of correct score, our pick is for a high scoring affair ending a 2-2 draw which is available at the sky high odds of 13.00!

Manchester City v Chelsea Prediction: It’s hard to see Chelsea winning this game and openning a 10 point lead against City which were tipped as one of the favorites for the title at the start. Chelsea have a commanding 4 point lead at the top with 10 goals difference to their nearest rival so their number one spot is secure. At the same time, it’s highly unlikely for the Citizens to beat them 3 times in a row, which is why BetOnWins.com expects this game to end in a Draw, something which has not happened between them for the past 5 years! Plus, it’s a battle between two Italian managers – Mancini and Ancelotti and we all know Italians like sharing the spoils in such big occasions.

This is just one of our free betting picks for the weekend and if you want to get our full list with a special access password for the site – sign up for BetOnWins.com’s 10-Day Pack for just 5$! We are proud to be able to offer you the most affordable price in combination with some of the most profitable sports betting picks on a daily basis.