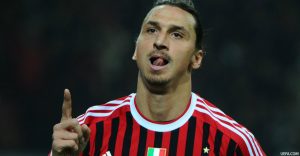 Today is a super interesting day of Champions League football at its best. The safety of the group stage is long gone now, and it’s basically do or die time for the remaining clubs as AC Milan host Barcelona, while the highly favored Bayern Munich travel to Marseille. Milan are the only Italian side left in the tournament, and we all know they are the most successful club in the world football having won more titles even than Real Madrid. The Rossonerri have 7 Champions League titles, compared to the 3 won by Barca. Bayern have an added incentive to perform great in the CL as they will be hosting the Final.

As mentioned, Milan are the more successful club here, despite Barca being the better team in recent seasons. But tradition is in favor of the Italians, as well as their ability to rise on the big stage. Historically, Milan has always been among the best clubs in this tournament, regardless of their squad, players available or momentary form.

Furthermore, the match is in Milano so the support of the home fans will be an added advantage. What’s amazing is how the online bookies are underestimating Milan for this game. The odds on them to win are 5.00, which is nothing short of amazing when you think of all the tradition and history behind this club, how well they played against Barca in the group stage, and the fact that anything can happen in a single game. It’s definitely worth laying on Milan to win here.