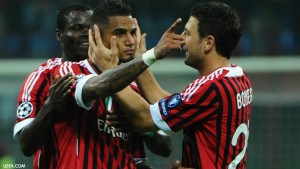 The Italian Seria A has been very interesting in this 2011/12 campaign with Inter and Milan not being up to their usual standards, which has made the league more intruging and entertaining. Two of the biggest derbies in Italy are to be played today with Milan away against Roma, and Inter versus Juve in the derby D’Italia.

Roma and Milan are two teams that have always played attacking style of football and the matches between them tend to produce a lot of goals. Milan have been in incredible form lately, and Lecce know well about it. Kevin Prince Boateng has in particular been their best player and is showing tremendous improvement in his game. The way he scored his goals against Lecce and Bate Borisov in CL was just amazing. Roma are trying to impress their fans and look like a contender this season, so they will be pushing for goals too. 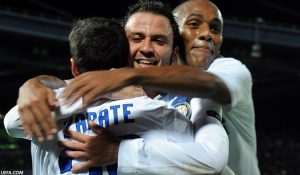 Inter have been in complete state of free fall this season and they are now at the very bottom of the league with just 4 teams behind them. However, in such local derbies, quite often we see they lower positioned team win and that’s what we envision here. Only a win here would do enough for Inter and their fans, and now is the perfect moment for them to start climbing back to the top where they belong. A victory in this derby would be the ideal comeback for the Nerazurri and will bring them back even in the race for the title, because is still quite early in the season. The two starting goalkeepers for both teams are out, as both Julio Cesar and Buffon miss out. That could spell a lot of goals, so the best Inter v Juve prediction is for Goal/Goal. In terms of end result, we expect Inter to win.

One Response to "29 October, Today’s Seria A Betting Tips"