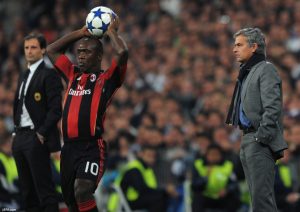 People from all over the world are going crazy about this and this match and we try to analyze the game from a punter’s perspective in our Milan v Real prediction. The game will be “Special” for a variety of reasons, like the return of Jose Mourinho to the San Siro.

Milan have their shiny attack with Ibra, Dinho, and Pato but it’s their defense that compromises the whole team. It seems that most of transfer dealings were focused on improving the attack and the defense got overlooked in the process, which is why Allegri is having problems at the back. Milan’s midfield is world class, no doubt, but you still wonder about Seedorf, Ambrosini and even Pirlo’s physical abilities to run for 90 minutes. That’s why Milan usually release the steam in the second half and their best plays are in the opening 45 minutes. These are important characteristics to be considered in an accurate Milan v Real prediction. 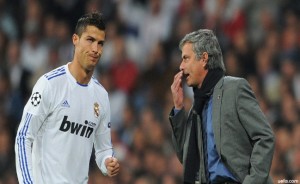 There are a lot of factors to consider in this Milan v Real prediction. What’s evident is that Real Madrid were the way better side in the first leg a fortnight ago. Jose’s men were faster than their Italian opponents at the Bernabeu, their passes were more fluid and basically made everything at a much higher pace especially in the final third of the pitch, thanks to Ronaldo, Ozil and Di Maria.

So Real are the better team on paper, but that doesn’t guarantee them a win. Milan just lost the Seria A derby against Juventus at the San Siro and if they lose again fans in Milano will go crazy and probably start protesting. The home factor and refereeing should be on Rossoneri’s side tonight in this Milan v Real prediction.

That’s why in terms of end result, a draw is the most likely outcome, but in a such high profile game it’s never easy. It’s best to just kick back and enjoy the game and have a small bet running just for the sake of it. It’s good to try at Real/Draw and Milan/Draw as First Half/End Result type of bet a the odds of 15.00!

Perhaps the safest Milan v Real prediction for tonight is to Both Teams to Score but the odds are not spectacular at just 1,66. Real didn’t score in their last match against Juve, and didn’t score against Real at the Bernabeu so we expect them to finally put at least one past Casillas tonight. Meanwhile, Real always looks likely to score whenever they have the ball with such quality players. In other words, there should be plenty of goals in this one so Over 2,5 goals is the best pick.

Milan v Real Madrid Prediction: A draw is the most likely end result here, but it’s definitely a though game to call. We expect to see at least 3 goals in this one.