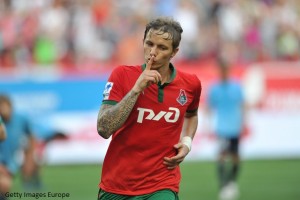 There are loads of great matches to be played all over Europe today. Our top betting parlay for November 4th features matches from the Russian Premier League, the English Premiership, and our favorite Italian Seria A. QPR are still looking for their first win of the season, while Liverpool have a tricky home game against Newcastle.

One of the best Russian derbies kicks off in just about two hours from now. We predict that both teams will get on the score sheat here. Loko Moscow have some great forwards in the likes of Felipe Caicedo who came from Manchester City, and the local favorite Roman Pavlyuchenko. CSKA Moscow have even better individuals, such as Keisuke Honda, Zoran Tosic, Rasmus Elm, and the Berezutski brothers. Furthermore, CSKA Moscow have not had a Goal/Goal game in their last 7 home outings. 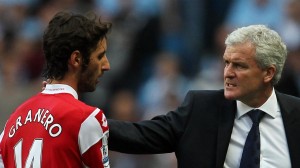 QPR are widely expected to get their first win of the season in this game against Reading. Everyone worldwide would be backing them up for the win here at 1.80, and that could be a bit problematic. Usually, when the expectations are so high and widespread, something goes wrong. A failure to get all three points here would most likely mean Mark Hughers will get sacked, and if the QPR players want that, they could play out a rather poor game. What will server as their advantage is Reading’s 120 minute game against Arsenal just three days ago. 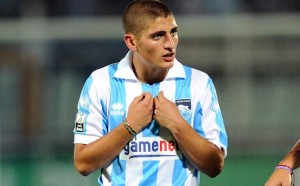 Pescara have failed to score even a single goal in their last four league games. That’s why we expect them to finally end that run today and put at least one past Parma’s goalkeeper. Meanwhile, the visitors have not had such problems in attack. In fact, they have been quite potent in that department scoring three goals in each of their last two games. Hence, the Goal/Goal type of bet should come correct.

Our last Goal/Goal pick is on the game between Liverpool v Newcastle. Quite frankly, there could even be a great surprise here as we also see Newcastle winning at Anfield for the first time in 19 years! The odds on that are similar to last night’s Inter win against Juve – 6.00, although they have now dropped to 5.50. It’s definitely worth a shot, given how tragic Liverpool have been all year long. Demba Ba is rumoured to be one of Liverpool’s winter transfer targets, and that could motivate the Senegalian to put on a great performance here, which usually translates in goals. Given that they are hosts, the Reds should score at least one goal too.