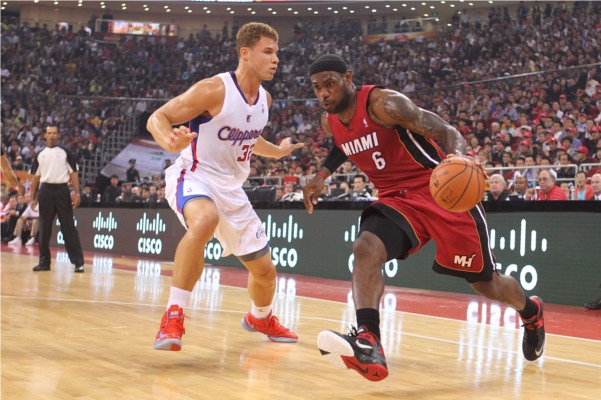 February 5th, 2014 brings us a really exciting schedule of NBA games with the best one saved for last as we bring you the most accurate Heat at Clippers prediction. The Clippers have won seven games in a row at home, despite being without their best player Chris Paul, who is expected to return next week. They get a chance to extend that streak with a five-game home swing that starts against the defending champs. Miami have been strong this season, but not overly impressive. They’ve had some ups and downs, but that team knows it’s all about the Playoffs. With a record of 34-13, they are second in the weak Eastern Conference trailing the Pacers who are 38-10. The Clippers have done well in the absence of their captain and have a record of 34-17 placing them on the fourth spot in the West.

Whenever we analyze NBA betting picks, we take into account how both teams enter the game. The Clipps are coming of a loss at the buzzer in Denver as Randy Foye sunk a game winning three-pointer. On the other side, the Heat defeated Detroit 102-95, but the talking point was the return to form of D-Wade who had 30 points and some quite impressive plays having us thinking he might be out of that “maintenance mode” he has been all season. Wade was cutting sharply to the basket, had some nice dunks and shots, and collected 11 rebounds. All in all, great game by Wade and another near triple-double by James who had 25 points, 8 rebounds and 11 assists.

So Miami will enter the game on a high note, and they have all their players ready to go. Meanwhile, the Clipps will be without their main man Chris Paul and that’s a major disadvantage for them given the problems Miami have with containing the best point guards in the league. An interesting fact about this NBA betting prediction is that the Heat have not defeated the Clippers in LA since 2007! One would think it’s about time to put an end to that negative streak. Of course Darren Collison will do his best to rise up to the occasion, but he is no CP3. Mat Barnes is back, which is obviously good news for the hosts. Blake Griffin has seriously improved his game in the summer as his scoring average is up to about 21 ppg and now has a quite good mid-range shot added to his arsenal. His post moves have developed as well.

Heat at Clippers Prediction: Since the hired Doc Rivers as head coach in the summer, the Clipps have been a team in transition, trying to find their identity and getting to learn the new defensive schemes employed by Doc. The Heat however are a well-oiled machine that has a certain style of play and they know if they keep the turnovers down, they have can beat any team in the league. Our prediction is for the Heat to finally end that bad streak in the absence of CP3.