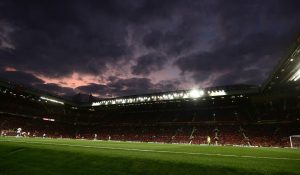 Our selection of today’s ultimate football betting predictions, as always, revolves around the very best leagues from all over the world. The season is entering its final and decisive stage with less than ten rounds to go. The battle for the Premier League title is heating up with United playing at home against a QPR side that defeated the likes of Liverpool and Arsenal over the past several weeks, while City travel to London to play Arsenal. In France, we have one of the biggest derbies with PSG hosting OM. In Spain, Real Madrid have a tricky encounter against third placed Valencia.

Man United have won nine out of their last ten games, and have taken a five point lead against second-placed City. A win today will move them 8 points clear on top, and it won’t be easy for the Citizens to cut into that lead having in mind they will be playing away at Arsenal who are fighting for a Champions League spot and have the league’s best forward in Robin Van Persie. At the same time, QPR are by no means an easy opponent having already defeated Liverpool and Arsenal over the course of the last three weeks.

An interesting fact about this Manchester v QPR prediction is that Mark Hughes is a living legend of the Red Devils is now a manager of the visiting club. Here is what he had to say going into this game: “Obviously leading into the game against Man United, you have to have a positive approach. You have to be positive, have belief in what you are trying to do on the day and see where it takes you. The intention is to go there and get something out of the game because of the situation we find ourselves in. The three points [against Arsenal] was the main thing but the pleasing part from my point of view was the manner of the performance. I think it was from start to finish a good, solid performance and we had a good understanding of what we had to do to go and get a result against them.”

We feel that a surprise draw could be in store here. QPR have shown that they can get results against the big teams, and it has been a bit too much luck and good run for United lately, so we expect them to drop some points in this one. QPR are involved ina relegation battle so every point is of vital importance to them. There is definitely great value in going for the Draw here with bet365 offering odds as high as 8.00! 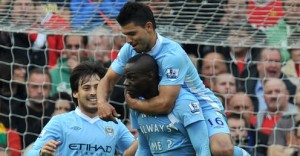 This would be a cracking game at the Emirates. We can smell a lot of goals here, so one of the proper betting tips here is for Over 2.5 goals with Both Teams Scoring (Goal/Goal). However, the real value is on Manchester City to Win at 2.87, so you can nearly triple your bank. They have lost plenty of points lately, so we reckon it’s time for them to start bouncing back and cut into United’s lead. City drew their last two games and these were bad results given the teams they were up against – Swansea and then Sunderland at home. It’s time for them to have a good game and get all three points. 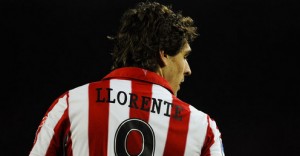 Athletic Bilbao ensured Europe League qualification thanks to a 2-2 draw at home against Schalke, and toda they will be looking to get all three points against a tricky opponent. Both teams are quite good in the attacking department, so we exect goals in this match. It should be Goal/Goal and Over 2.5 goals in total. 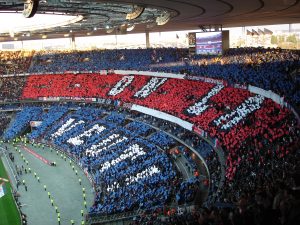 OM have failed to score in their last two matches, which is why we are backing them up to stop that bad run today. In other words, OM are going to score against PSG, but the home side, with all the millions that have been invested in it, and the acquisition of Carlo Ancellotti, look certain to score as well. Therefore, the Goal/Goal type of bet at 1.80 is quite reasonable here.

Heated words were exchanged in the OM locker room as captain Mandanda just stated in a press conference yesterday: “The good thing is that there was a long and constructive chat. I hope it was worth it. To go on such a run of negative results, obviously it means there’s a problem somewhere. We spoke amongst ourselves for two hours and I don’t think there’s anything more to say. Sooner or later it’s what we do out on the pitch that count. We still have between ten and 12 matches to play before the end of the season and each game will be like a final. It’s never too late for this type of discussion and it wasn’t easy to talk because we’ve got so many games on at the moment, but I think it can only be beneficial. I hope we get a positive result this weekend.”

Such team meetings usually result in serious improvement of results, and we will probably see Marseille bounce back tonight, but Both Teams to score is just about enough for us.