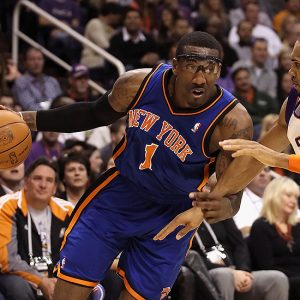 The absolute best pick from the NBA for the 9th of January, 2011 features free scoring New York Knicks playing at the Staples Center tonight against the Lakers. It promises to be one of the most entertaining basketball affairs in quite some time with two of the best offensive teams in the NBA going head to head.

Knicks lead the league in scoring with 108.14 ppg, while the Lakers rank 6th with 103.19. The big differnce between the two comes on the defensive end where the Knicks, as you would expect from any Mark D’Anthony team, are among the worst in the league allowing opponents to score at will as they concede 106 ppg. The Lakers are much tighter in defense and that’s what you would expect from the world champions and of course playing the Phil Jackson way. Still though, considering how good both teams are in attack, it’s logical for us to expect that they will score OVER 211,5 points combined. That’s one of the best NBA predictions for tonight and you can back this Over 211,5 points total at 1,90 courtesy of betonwins.com.

But that’s not the only Knicks at Lakers prediction we have for you on the 9th of January, 2011. A very interesting aspect of this matchup is its actual history. New York have lost 6 straight games against Los Angeles, but that was of course before Amare and Felton came to town. These Knickerbockers are a whole new type of beast and they are among the hottest teams in the league right now. They are deadly from 3-point range and if they get in a good rhythm at the Staples tonight, they can seriously hurt the Lakers from the perimeter. They hit 17 threes from 33 attempts in Phoenix and that’s what they do – they shoot a lot of threes and they are pretty accurate too. 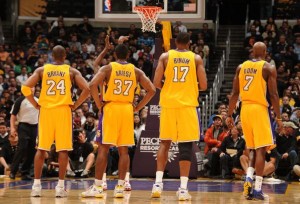 Meanwhile, the advantage Lakers have is the inside game. Knicks won’t be able to match Gasol, Bynum and Odom and one of the most accurate Knicks at Lakers predicitons is that the home team will have more points in the paint, and more rebounds too. These are all really important factors that one must consider when betting on NBA picks to win money.

An interesting fact is that the Knicks have won 9 straight games on the road versus teams in the Western Conference.  Perhaps getting 10 in a row will probably be too much. Danilo Gallinary is out for New York, while Mat Barnes got injured in LA’s last game and he is out indefinitely.

New York Knicks at LA Lakers Prediction: It’s going to be a huge game at the Staples Center between two of the most attractive teams in the NBA. If the Lakers bring their “A” game, they should be able to win, but it will be difficult for them to produce a blow out so we will go for the spread on the visitors.