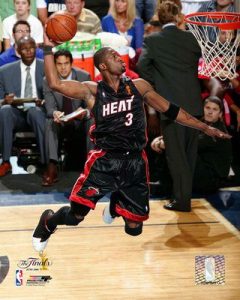 The first-round battle between the Miami Heat and Boston Celtics is certainly a star studded affair with no less than 4 future Hall of Famers on the floor. Both teams have strong defenses so tonight’s game won’t be among the pretiest ones thus betting on Under is definitely a reasonable choice.

Celtics won the first game 85-76 after they rallied in the final period. There are questions whether Kevin Garnet WON’T be available to play tonight, while Ray Allen and Paul Pierce had a really poor game as they were shooting just 6 of 21 combined.

Miami Heat has some strong players that will surely trouble the hosts. It’s not just Dwayne Wayde as they got Michael Beasly, Jermaine O’Neal and Quentin Richardson who can drop threes from anywhere. If these guys can be more aggressive and stay in attack mode, Heat will be much more dangerous.

Kevin Garnet was the C’s best player in the first game and he won’t play tonight which will be a huge miss for them. That’s why there is a lot of VALUE on betting for a HEAT WIN tonight as bwin offers odds of 2.05 for Miami. The beauty about beting on NBA predictions is that there aren’t any Draws as in football so even if the Heat in Over Time you will stil get paid.

BetOnWins NBA Prediction: Back the Heat to Win the 2nd game against the C’s as bwin offers 2.05 odd for this one on Money Line.