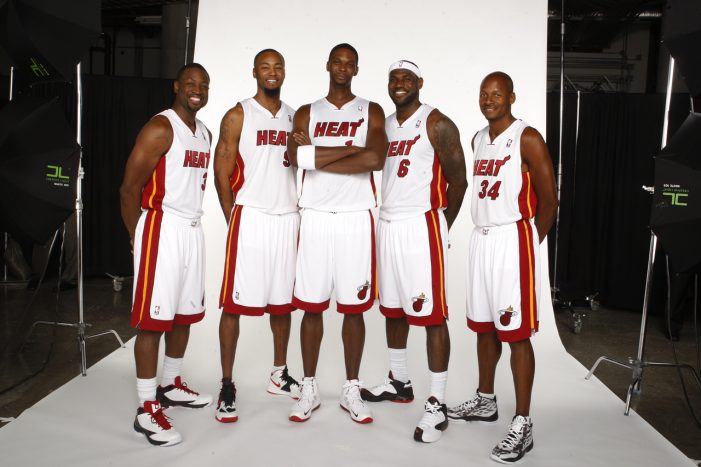 With the 2012/13 NBA season just around the corner, we are about to make our bold predictions for the NBA Finals in 2013. The championship belongs to Miami right now, so we have to start our analysis with them – I mean the title is theirs to lose anyway. Every team in the NBA will be looking to challenge them, and with all the noise going on in LA over the summer, this full 82-game regular season promises to be the best we have seen in years.

An Even Better LeBron James

LeBron finally got that big “He ain’t got no ring!” monkey off his back, and experts suggest that this will probably help him be even more relaxed now, and get even better. That’s a scary thought right there. I mean, what if we are yet to see the best out of James? Can he possibly get even better? D-Wade certainly thinks so stating that his teammate is entering the prime of his career. Born on December 30th, 1984, LBJ is still just 27-years old, so it’s only right that he keeps on improving both physically and mentally.

Spreading The Floor With Allen And Lewis

Pat Riley proved he is a GM genius once again by making the best summer acquisitions Miami could have possibly made. By bringing in Ray Allen and Rashard Lewis, the Heat can now spread the floor like no other team in the NBA. Surrounding James and Wade with such prolific shooters will certainly stretch the opposing defense opening up the driving lanes for these two highly explosive players. James is an incredible passer and has a great court vision and awareness of where each of his teammates is at, so he can easily distribute the ball. One of our better predictions for the new NBA season is that James will increase his Assists average, although his points per game might decrease a little bit as a result of all these shooters on his team.

But the idea that Riley has and coach Spo will try to implement is quite clear. The Heat have plenty of great three point shooters on their roster right now. In fact, no other team in the league seems to be better than them in that category, and three pointers can be a huge factor in any NBA game. Ray Allen is the best three point shooter in the history of the game. Mike Miller is back after stating that he would retire due to back problems. Although he is highly underrated, it was Mike Miller who won them Game 5 of the 2012 Finals by hitting all eight of his 3-point attempts. Rashard Lewis might be a bit slow nowadays, but his shot is still there. Shane Battier is known for hitting those corner threes and he was Miami’s main inspiration in their Game 1 win in the 2012 NBA Finals. And last but not least, they got James Jones who won the 3-point shooting contest during at 2011 All-Star game.

In conclusion, one of the best NBA predictions you can get for the 2012/13 season is that the Heat will three-peat their Eastern Conference title. Injuries are the only factor that could deny them a third consecutive trip to the Finals. Yet, unless they pace themselves well, that is a real possibility since their roster is not among the youngest in the league with Lewis, Allen and even Wade being in the twilight of their careers. But overall, we do believe they can make it, simply because the East is not as strong as the West. A healthy Derick Rose would have made life much more complicated for the Heat. The other factors working in favor of this bold NBA betting pick are the summer acquisitions they made combined with an even better LBJ and an even better team spirit.

NBA Finals 2013 Predictions: Will The Miami HEAT Repeat? added by betonwins on 10/28/12
View all posts by betonwins →