Sir Alex Ferguson to Retire In 2011! Who Will Take Charge of the Red Devils? 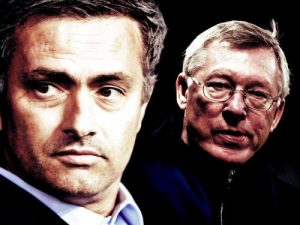 The Legendary Sir Alex Ferguson has declared to the Manchester United  club management he is about retire at the end of next season. Fergie is set to put an end to his illustrious career in the summer of 2011, six months before his 70th birthday.

This information has not been officially confirmed yet, but one thing is certain – SAF will eventually retire one day and Man Utd have better prepared for it. There is no other manager in the world of club football who has done so much and won so many titles as the Scot.

He has been in charge of the Red Devils for over 20 years, a period in which he has completely turn things around. When he took charge, the club had only 6 Premier League titles. Now they have equaled Liverpool’s record of 17 titles all thanks to SAF (won 11 PLs!).

Here is a list of trophies that SAF has won at Manchester:

The power of the Sir lies in his capability to spot and develop young talents. Plus he has got a strong hand as discipline is one of his priorities. Just ask Beckham who got smacked in the face with a shoe in the locker room. Another amazing talent that Ferguson has is to sell players at just the right time, regarless of how big they may be. And once they get sold, an equally good replacement is always found. That’s what happened when Beckham and Van Nisterlooy were transfered to Real.

It’s quite obvioust that his retirement will leave a huge hole in the club that can only be filled by a very Special person. But who could possibly walk in Alex Ferguson’s shoes? Well, you probably know by now that BetOnWins specializes in top football predictions and analysis and we believe we have the answer to that question and it’s called Jose Mourinho.

Jose has stated on a number of times that he doesn’t like Italian football and Italian football doesn’t like him either. He loves the English game while the people in England adore him. He has the personality to take over at Manchester United plus he is good friends with Ferguson so he will probably get his backing too.