Spurs Set to Trouble the Mavs 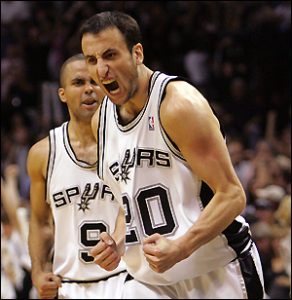 It’s a Texas derby featuring two very experienced sides as the Mavs hosts Spurs in their opening game of the NBA Playoffs campaign. These are two old rivals and it’s going to be a very even matchup as both sides have top quality players. Nowitzki against Duncan, Jason Kidd against Tony Parker (finally back), Butler against Ginobili, Jason Terry against Richard Jefferson.

As you can see, the Spurs have a good matchup in every position agains Dallas. This promises to be one of the most even series in the openinig round of the Playoffs and even though NBA expert tipsters were quick to bet on Dallas to win, it won’t be easy for them if they make it all.

San Antonio Spurs made a strong finish of the regular season as influential guards George Hill and Tony Parker both made returns. Manu Ginobili is playing his best basketball in years, while Duncan is as stable as ever. Jefferson is always looking to hurt opponents on the perimeter.

BetOnWins NBA Pick: The Mavs will have their work cut out tonight. Spurs will show just how though they are and their Playoff experience will certainly help. It won’t be a shock to see the Spurs winning tonight but we suggest you play it safe and bet on the +4,5 spread for the Spurs provided by bwin.