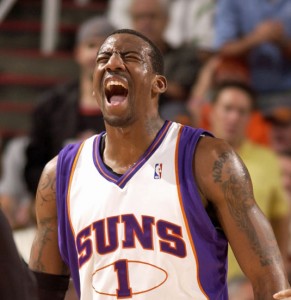 The red-host Suns host a deepleted Blazers side in the opening match of their first round Playoff series. With Steve Nash leading the Phoenix team, the Suns led the league in scoring during the regular season with over 110 points per game. That’s what we call “living up to your nickname.”

Considering how many injured players the Blazers have right now, they  might as well put a Red Cross logo on their uniforms. 13 different players on their team have missed a combined 309 games! Leading scorer became the latest casualty as he leaped off against the Lakers last Sunday. Surgery will keep him out for at least the first round and given the fact that we expect the Suns to win these series, Roy looks set to miss the Playoffs this year. Another major miss for them is center Greg Oden. Their backup center is also missing as Joel Przybilla is out injured.

BetOnWin NBA Pick: Phoenix to Win! The Money Line for a Suns win at bwin is 1.25!