The traditional pre-season Pirelli Cup is to be played tonight in the 70,000 capacity stadium in Baltimore, thus BetOnWins provides you with the most accurate Inter Milan v Man City Prediction. Inter get their season underway with this match while the English billionaires have already played several matches on US soil. This will be the official debut of new Inter head coach Rafa Benitez so a lot of interesting things are to be seen fixture.

An important factor for this Inter vs Man City prediction is the venue where the game will be played – the “M&T Bank Stadium where usually the NFL team of Baltimore Ravens host their encounters. The stadium was opened just 12 years ago, in 1998 and has an excellent capacity of 71,000. Thus, the stage is set for a great game of football making this one of the best sports betting picks for today. 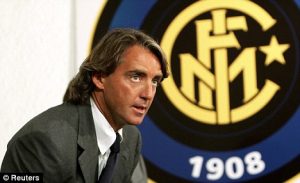 This match featuring Inter v Manchester City will be more than just a friendly, firstly becuase a real cup is at stake, and secondly because there are some really interesting connections between the two clubs. Man City are coached by former Inter coach Roberto Mancini who lead the Nerazzuri to 3 Scudetto titles, two Italian Cups and a couple of Super Cups.

On top of all that, both clubs are currently negotiating the transfer of Inter’s hot young talent Mario Ballotelli who was set to leave the Meazze ever since he bursted out against the fans back in April. Inter will sell Balotelli to Manchester City for nearly 40 million euro and the deal is set to be finalized in the upcoming days. Patrick Viera is also another football who went from Inter to Man City as the experienced French midfielder completed during the last winter transfer window.

You probably know by now that we are the site that provides the most accurate free soccer predictions so what do we have in store for you right now? Inter won’t be able to field some of their best players such as Wesley Sneijder, Lucio, Millito, Samuel and Julio Cesar, but they still have plenty of quality in their ranks. Still, the Citizens are in more advanced stages of their preparations so they could have the upper hand here.

Inter Milan v Man City Prediction: This is one of the best sports betting picks for today and our tip for you is to bet on Both Teams to Score, which is also known as Goal/Goal. Bwin offers this bet at the odds of 1,72!

Inter Milan – Manchester City
Will both teams score in the match? Pick: Yes