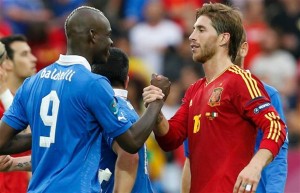 Exactly three weeks after their 1-1 opening draw, Spain and Italy meet again but at the very last match of EURO 2012 – the Final! We have prepared for our readers worldwide the most accurate Spain v Italy prediction and betting analysis. Obviously, it’s never easy to accurately predict the outcome of any final, especially when both participants are of such a high quality. Spain will be looking to become the first nation in history to win the European Championships back-to-back, and also the first one to win consecutively three major tournaments – the last two Euros and the World Cup in the middle. They certainly have the talents to make that record, but up against them will be an Italian team that’s out for only their second EURO trophy having won their first one 44 years ago! So the scene is set for a spectacular EURO 2012 Final on July 1st, and here is our Spain v Italy prediction.

The online bookmakers’ Spain v Italy prediction is for a tight match, with Under 2.5 Goals in it, which is understandable considering that all finals tend to be that way with either side not looking to risk too much. The Italians have been historically known for always having the best defense, and the odds for having just two goals or less are 1.40 at betonwins.com. The value right now is on the opposite type of bet as the Over 2.5 Goals line pays of at 2.87. 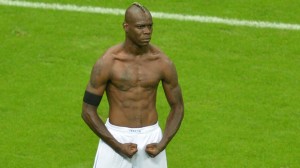 To Lift the Trophy

In terms of the end winner, the bookmaker’s Spain v Italy prediction for the EURO 2012 Final on July 1st is for the Iberians to Lift the Trophy. A bet on the Spaniards to get into the history books and repeat their 2008 EURO success pays of at 1.57, while a surprise triumph for the Italians offers the better betting value at 2.50. But when you want to get or make the most accurate football predictions, the odds should not influence your decision. These are just numbers that change every second once the game kicks off, and are purely based on statistical data and mathematical formulas applied by the bookies.

A Clash of Styles

Of course, an accurate Spain v Italy prediction for July 1st has to account for the different styles that these two teams play. Spain like to hold the ball for as long as possible and wear their opponents down with short passes all over the pitch. Meanwhile, the Italians are quite content with defending, although Prandelli has adopted a more offensive approach compared to previous years. In the opening match of their group C, Spain and Italy produced one of the best games of the entire tournament due to the high pace. The Italians were the much better team in the first half, and took the lead after Di Natale substituted Balotelli. As one could guess, it was Andrea Pirlo who gave the assist to Di Natale, and it was a great defense-breaking through ball that only he can make.

That’s a huge factor in the most accurate EURO 2012 Final prediction. If there is one thing that has been bothering about Spain during this entire tournament, it has been their lack of a true number nine. The type of player that’s selfish with the ball and his only aim is to put in the back of the net. They are without David Villa in this tournament, while Torres despite showing some flashes of his former brilliance, is still an unreliable striker as things stand right now. Fact of the matter is that Spain have struggled to score in EURO 2012 except for the game against Ireland, but they were the worst team in the entire competition.