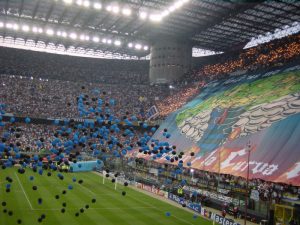 After going 100% yesterday with four out of four picks turning out as winners, we aim to continue the good run this weekend with another top selection from Europe’s major football leagues. Manchester United battles Chelesa in an FA Cup quarter-final, and that promises to be a highly entertaining game. Down South, in Italy, Juve should be able to extend extend or at least maintain their lead at the top with an easy home game against Catania. Inter are going throug a major crisis right now, and that’s exactly what the Moratti and all Nerazzuri did not want for the club’s 105th birthday.

Inter celebrated their 105th anniversary yesterday, and the fans would be hoping for all three points tonight as a present. However, given the mounting number of injuries in their squad, and the major lack of striking force, it would be quite difficult for them against a well organized Bologna team. The visitors can be quite dangerous in attack as they have a creative spark coming from Diamanti while Gilardino knows all about finishing accurately at the San Siro. Furthermore, Inter’s starting goalkeeper Handanovic misses this game through a suspension, so Caruzzo will be making his debut. Thus, we expect both teams to score here.

A typical Italian clash would be the game between Atalanta and Pescara. The newcomers from Pescara have failed to score even a single goal in their last three league games. Thus, we expect this drought to finally end today, and with Atalanta being quite solid at home, we are quite certain that both teams will score here, and the odds for that are quite good as you can double your money on this pick only.

Palermo are going through an amazing run in 2013, but not in a good way. There is probably no other team in the world right now to have recorded 7 draws out their last 8 league games! They have not won a single game in the year 2013. In fact, their last win dates back from November 24th, 2012. We expect to finally get their act together and claim all three points against a completely beatable opponent as Siena. 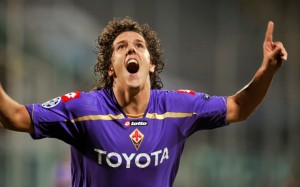 One of the more interesting games from the Seria A, and it has been scheduled as the evening fixture at 19:45 CET along with the Inter v Bologna game as these teams (except Bologna) are involved in a battle for the last Champions League spot. Fiorentina are an excellent side in attack, while Lazio have been one of the more positive surprises this season, given the fact that they have been quite modest in the transfer market. Lazio have not had a Goal/Goal type of game in their last six games, and we expect that run to finally end tonight. 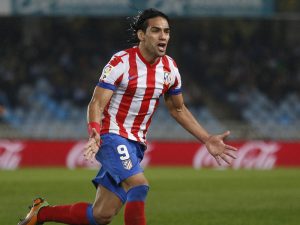 Atletico Madrid have been perhaps the biggest surprises all across Europe this season as they are ahead of Real Madrid in the league standings and just keep on winning. Falcao is one of the hottest properties in football right now and he is one of the main reasons for their success along with the methods of head coach Diego Simeone who just had his contract extended till 2017. Still though, Atletico have not conceded even a single goal in their last three league games, while Real Sociedad have scored 3 goals in each of their last two games, so scoring does not seem to be a problem for them.