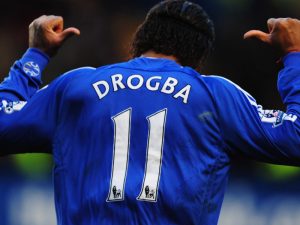 Midweek football matches always tend to be full of surprises, but today we have carefully selected several games that should be absolute bankers. Our picks come from England and Italy and will help you make some money once again. We got the London derby between Chelsea and Fulham and a troubled Inter side that takes a trip to Lecce.

This is one of the best betting picks from this round of the English Premier League. Such city rivalries always produce shocking results and even if Chelsea does manage to take all three points here, we expect Fulham to battle till the end and score at least once. What’s really interesting about this particular match is that Chelsea have not conceded a goal at home for 10 straight matches! Such a statistic is almost impossible to comprehend, let alone continue. It’s clear that Chelsea will score at least once, but we also predict that Peter Czech will finally get beaten at Stamford Bridge.

Another piece of interesting news is that Fulham have not won at the Bridge since 1964! That’s a super stunning statistic and the odds for them to grab a shocker here are 13.00! Definitely worth a look, because bad trends always come to an end at some point. Anyway, the odds for both teams scoring tonight are quite good – 2,20 and this bet can get settled early in the first half. 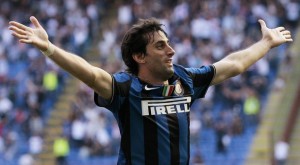 As we have explained in our more detailed analysis of this game, Inter have a lot of key players missing for this game as Sneijder, Samuel, Cambiasso, and Julio Cesar are all out. Still, the reigning treble winners of Europe have a deep squad capable of overcoming such problems which is why we predict they will win.

Even with the current squad issues, Inter still have Eto’o in attack. Diego Milito will be back in the starting lineup for this game. Coutinho is proving to be a super talented youngster. The evergreen Javier Zanetti will be deployed in midfield in combo with Stankovic. On the flanks Benitez will use Coutinho and Biabiany, so the Beanamata still has plenty of quality to get the win here.

*A combo (parlay) type of bet on those two picks (Chelsea Goal/Goal and Inter to Win) gives you a total odd of 3,85! 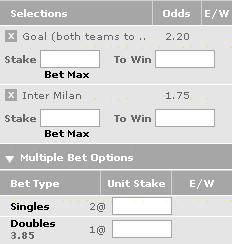