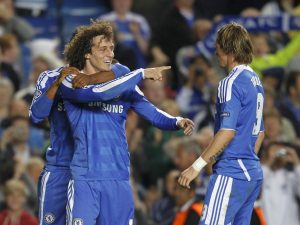 Today’s top football betting combo, as usual, is a selection of some of the top matches being played in Europe’s four best leagues. There are plenty of interesting derbies to choose from, but we have done our research and have isolated the winners for you. We have four picks for you today, and if you go for the combo type of bet (parlay), you can get a total odd of over 10.00, depending on your bookie.

Traditionally, Chelsea have had a though time playing at Goodison Park. They have not won on that ground in their last five attempts (3D, 2L). Everton are going through a difficult period right now, so that could be Chelsea’s best moment to get a win here. Everton are lacking firepower upfront, as they lost Luis Saha to Tottenham during the January transfer window. Of course, Chelsea are a bit short in attack as well, because Drogba and Kalou are about to participate in the final of the Afcon. Terry and Ramiers are still unfit to play, but Ashley Cole is coming back from suspension along with Lampard and Mikel.

A piece of good news for Moyes is the winter addition of striker Nikica Jelavic: “He is one for the long-term and I will bring him in gradually. He will score goals but adds other things to the team, like bringing other players into the game. He is a proven international centre-forward and raises the level.” Expect to see him in the second half.

Other positive signs for Everton are the other winter transfers – Lendon Donovan is playing his now usual stint in the EPL (with the MLS taking a break), and they brought in Darren Gibson from Manchester United on loan. So Toons will be though on Chelsea today. It should be a well balanced game with both teams scoring.

The German Bundesliga is the one producing the highest number of goals in Europe. Practically every match there is going Over 2.5 Goals. Dortmund are without their star Goetze for the remainder of the season, but they are still scoring like crazy. Meanwhile, Leverkusen are traditionally one of the best sides in there. They are playing in the Champions League and that can only server as a testament for their quality. Bottom line is that it will be a Goal/Goal and Over 2.5 in total. 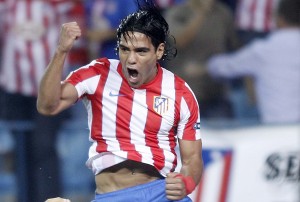 Atletico Madrid are one of the most unpredictable sides in Europe. They always have great potential in their squad and usually fail to utilize it to the fullest. They sold Aguero in the summer, but his replacement – Falcao, is just as dangerous. With a players like that in attack, Atletico are guaranteed at least one goal, while Racing are playing at home and will show some serious resistance. Combine that with Atletico’s unpredictability, and you get another Goal/Goal type of betting pick.

Milan will have a hard time in Udine. In fact, our prediction is that they will not win this game. Ibrahimovic will be unavailable, because of suspension, and with their other strikers Pato and Cassano also out, they are far less dangerous now. On the opposite end, Udinese have always had a high quality side and usually take the scalps of the high profile teams in the Seria A. Di Natale is once again among the best scorers in the league.