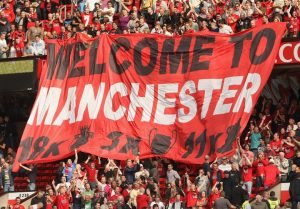 This Man United v Chelsea prediction is of course as though as nails to give, but that’s what we do. Our Champions League betting pick for today is that the Blues will win at Old Trafford and they will surprise a lot of people all over the world by eliminating the Red Devils despite losing the first match 0-1. Ancelotti’s men know all about winning on this ground and it’s also about time for United to lose at home as they have lost just one home game in their last 25 encounters in Europe.

Another interesting fact about this Man United v Chelsea prediction is that Ferguson’s players have leaked just two goals during this entire Champions League campaign and that tells the story of their real strength this season. Its the defence where they have excelled thus far and no other team in Europe has such a stunning record. The even greater news for their fans is that Rio Ferdinand is set to start after being rested in the Saturday’s fixture against Fulham won 2-0. Ferdinand’s return is a big advantage regarding this Man United v Chelsea prediction.

Still though, no team is invincible and we predict that Chelsea will score at Old Trafford tonight. They will be desperate to do so from the very first minute and despite Torres poor performances thus far, the visitors from London know how to beat United and score few goals against them. On the other hand, it’s hard to see the Reds not scoring here, so a good Man United v Chelsea prediction is that Both Teams will Score, also known as Goal/Goal, which bet365 offers at the rates of 1,83. 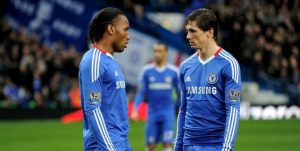 It’s true that Torres has been the big dissapointment for Chelsea since he joined the club for a record-breaking transfer sum, and he is yet to find the back of the net for his new club. He came in London mainly because of the Champions League and he should be feeling despearte to break his scoring draught in such a high profile game as the one tonight. But another fact is that Torres has been declining in terms of form and performances ever since the end of last season. Just think about it, he didn’t score even a single goal in the World Cup which his country Spain went on to win, so he played the maximum number of games for the best team with players alongside him such as Xavi, and Iniesta.

Of course Chelsea will also be motivated by the 2008 Champions League Final defeat and we all know how that went down. It was a heart breaking moment that probably shortened Abramovic’s life with a few days, or hours at least, knowing how on top of everything he is. So what better way for the Londoners to get back at United than to eliminate them at their own back yard this season. This is basically the last chance for the old dogs in their squad to win the trophy which has obsessed their owner for years now. Drogba, Lampard, Terry, Anelka, Czech, and Cole are all over 30 years old and they won’t be getting any yonger. Thus, it’s do or die time for Chelsea’s backbone.

Here is what Chelsea captain John Terry had to say regarding his team’s chances of making a comeback: “We went up there last year and beat them 2-1 when nobody expected us to – so we’re capable of going up there and winning. It’s clearly not over and we’re certainly not giving up. And by no means are the lads letting their heads go down. We’re still right in the tie and we can do what they’ve done tonight.”

Man United v Chelsea Prediction: Our top betting pick for tonight is on this game and we are backing the Blues to pull off a surprise win at the the Theatre of Dreams and advance to the semis. The odds provided by betting companies are sky high here as you can bet on Chelsea to win at 3,25 at bet365.