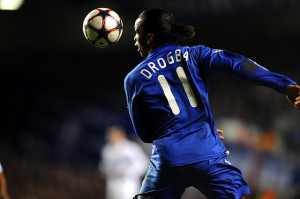 The Monday night fixture of the EPL’s 15th round features our Chelsea v Man City prediction. This games marks the Londoners last chance to get back in the title race, as they are trailing with 10 points at the moment, so another loss here will simply be way too big of a deficit for them to overcome. The Citizens meanwhile are entering this derby with an unbeaten run consisting of the impressive 12 wins and just 2 draws. We have prepared some of the best betting picks for today based on our Chelsea v Manchenster City prediction.

Villas-Boas has virtually a fully fit squad to choose from except for long term injury absentee Essien, and defender David Luiz who misses with a suspension for having collected his 5th yellow card of the season. On the other bench, Roberto Mancini is only missing defenders Micah Richards and Alexander Kolarov. With both sides having all their key players ready to go, it should set up for an attacking game with Over 2,5 Goals in it. Bet365 offers this bet at 1,80, which is one of the most accurate Chelsea v Manchester City predictions. Both teams scoring is also practically guaranteed, and it’s a good bet for a combo as the odds are 1,57.

Chelsea are giving some indications lately that things are finally starting to click for them as a team. They won their last two games with the classic result of 3-0, and the opponents are of serious quality as they played Newcastle away followed by Valencia at the Bridge last Tuesday as they won their CL group. Didier Drogba scored 3 goals in those 2 matches, and above all, the demonstrated great form and really high energy playing more like a 25 year old (he is real age is 33).

The pressure is still on Andre Villas-Boas and the entire Chelsea team, because they have under-performed seriously this season. This match represents a battle between the Premier League’s biggest spenders. What’s interesting to note in regard to our Chelsea v Man City prediction on December 12th, is that Abramovic has actually spend more money during the last 12 months compared to the Arabs in charge of City. 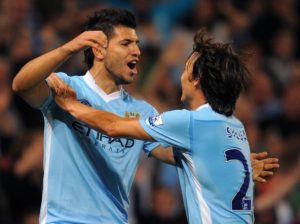 Yet, the side from Manchester appears to have made the much better transfer moves as Aguero has settled instantly in England, currently with 11 goals (2nd after Van Persie with 15). David Silva is arguably the Premier League’s best player this season having created the most goal-scoring opportunities and also leading in total assists. On the other hand, Chelsea wasted over 60 million Euros on Torres who has turned out to be the biggest transfer flop in history. At least Juan Mata turned out to be a good move. But bottom line is that Chelsea as a club have tremendous amount of pressure to deliver results this year, and yet they have failed thus far. A win against City tonight will definitely be a huge boost for them.

Chelsea v Man City Prediction: A win here represents Chelsea’s last chance to get back in the title race, and ease up some of the pressure on AVB. As such, we feel that an experienced side as theirs will deliver City their first loss in the EPL with 2-1 being the most likely scoreline.