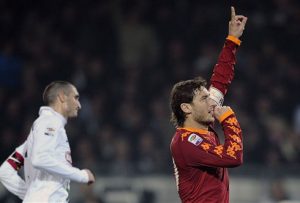 One of today’s best picks is definitely our AS Roma v Juventus prediction from Italy’s Seria A. It’s one of the biggest derbies not only in the Calcio but in Europe and in the whole world as well. Juventus are currently the only undefeated side in the league, and we all know such records are bound to end at some point. Surprisingly though, Udinese moved to the first position as they already won their match from the 14th round with their 2-1 win against Chievo. Roma are exactly in the middle of the table as they are 10th with 17 points. So let see how we form our Roma v Juve prediction.

Roma are on a run of two straight losses, so another one in this high profile derby and to happen in front of their own fans would be too big of a pill for them to slallow. In other words, Luis Enrigue won’t have much problems motivating his players as they will be on fired up anyway. Besides, a win here would move them up to the 6th place in the standings even on points with Palermo. This is a huge part of our Roma v Juventus prediction.

Going into this match, Roma’s Spanish coach will be missing three important players in the likes of compatriot Bojan Kurkic, Brazilian defender Juan, and the Argentine midfielder Fernando Gago. striker Osvaldo is back after serving his suspension. Positive news is that Of course, these are important absentees for the team. However, the Old Lady has their absentees as well. As it often runs out, a former player is about to miss the match, with Mirko Vucinic confirmed out. Pirlo will take part though and has been Juve’s best player so far this season. These are all keys to our Roma v Juve prediction, and the reason why this is one of the best betting picks for today. 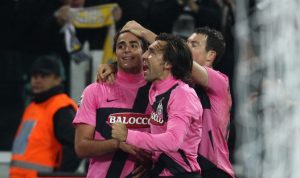 Last Thursday, Juve had to play extra time in order to eliminate lowly Bologna from the Italian Cup after ending 1-1 in regular time. The Bianconeri were not impressive at all in this game, and if we can take it as a sign of what’s to happe in the capital, then we can certainly say that an unpleasant surprise awaits them. Juve are on a run of 15 matches without a defeat, and to tell it to you straight, our Roma v Juventus prediction is that this run will end on December 12th.

AS Roma v Juventus Prediction: Juventus have lost only once in their last 10 meetings against this opponent. As a matter of fact, they last tasted defeat against Roma at the Stadio Olimpico back in 2004, so that’s seven years without a defeat for them on that ground. Furthermore, the Bianconeri are the only undefeated side in the league this season. Therefore, one of the most valuable betting tips for this match is to lay money on the Romans to win and the online bookies such as bet365 offer the high odds of 3,75! In terms of the goals scored, we expect both sides to get on the scoresheet. Roma have failed to score in their last two games so they will certainly be eager to at least score once here, while Juve are the better side in general, so they should have opportunies to beat Stekelenburg.