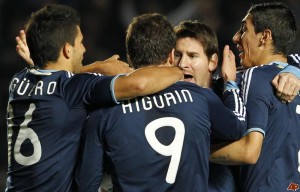 October 12 is a good day for football betting as nations from all over the globe will be participating in the qualifiers for the 2014 World Cup in Brazil. The European continent alone will be a stage of 24 matches today, and at least half of them have the makings of classics. A total of four matches will be played in South America tonight, with the highlights being Argentina v Uruguay and Colombia v Paraguay.

We start with the very last game that would be played on October 12/13, and it’s the big South American classic battle between Argentina and Uruguay. The last time these two nations met was at the 2011 Copa America. The game ended 1-1 in regular time, and then the Urus prevailed by Penalties. Usually, these two teams produce plenty of goals between them, and that should come as no surprise given the abundance of attacking talents. There is little need to point out the individuals in Argentina’s squad, while the Urus have three of the top forwards in the modern game – Forlan, Suarez and Cavani. Stats confirm that since these are the two highest scoring teams with 15 goals each. Argentina are on top of the group with 14 points from 7 matches, while Uruguay are currently 4th with 12 points. The negative element about the Urus is the fact that Diego Perez, Alvaro Pereira, Abel Hernandez and Gaston Ramirez will all miss out. 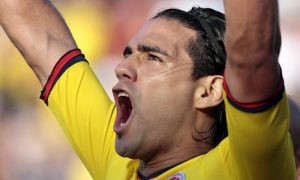 Falcao has been scoring goals like crazy lately propelling both club and country to the top of the standings. Atletico Madrid are on a remarkable run in the Spanish Primera and Europe, while Colombia are currently second in the South American World Cup 2014 Qualifications table, just a point behind Argentina. James Rodriguez, Teofilo Gutierrez and Radamel Falcao are the three stars in attack for the Colombians and we expect them to connect for some more goals here. Things have not gone so bright for Paraguay though, despite them having some good individual talents, such as Oscar Cardozo from Benfica, Nelson Valdez, Roque Santa Cruz and Lucas Barrios. Cristian Riveros is the man pulling the strings from any midfield position, while the high profile defender Antolin Alcaraz is continuing his growth. Paraguay sit at the very bottom of the standings having managed just one win and a draw in seven attempts. They still have some theoretical chances, so we expect them to make a final push and get on the score sheet here, which should automatically lead to a Goal/Goal type of game. 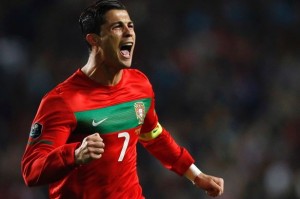 Since Fabio Capello was appointed as head coach, Russia have started improving. They have recorded two impressive victories to start their 2014 World Cup Qualifier campaign, and they didn’t even concede a single goal. First they defeated Northern Ireland by 2:0, then went to Israel and won by 0:4. The media in Moscow is reporting that Luzhniki Stadium will be sold-out for this showdown against Cristiano Ronaldo’s Portugal. Well, we expect Russia’s tight defense to finally crack today. Capello had an interesting comment to make before that game: “The only thing about Russian stadiums is that none of them except for the one at Zenit (Saint Petersburg) get filled. Players get an added energy boost from the fans. We would feel tremendous responsibility if 70,000 came out to Luzhniki.”

Bottom line is that Russia have plenty of options going up front and a sold-out Luzhiki stadium would provide the extra boost for them, yet Ronaldo is in the form of his life and he will create plenty of chances both for himself and his teammates.