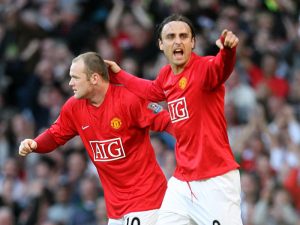 The opening fixture of the Premier League’s 36th round features a what promises to be an exciting match between Manchester United and Tottenham Hotspur. Both sides have everything to play for as the hosts are fighting for their 4rd consecutive PL title while the Spurs are looking to clinch the 4th spot and qualify for Champions League football next year.

Tottenham managed to reach consecutive victories over Arsenal and Chelsea thus they are in superb form at the moment even though they have some absentees. A very interesting fact is that Spurs HAVE NEVER WON AT OLD TRAFFORD in the history of the Premier League.

Sir Alex Ferguson hopes to have Rio Ferdinand back in contention for this game and he can also give some playing time to long time injury absentee Owen Hargreaves.

Spurs on the other hand will be boosted by the fact that Aarron Lennon might be fit enough enter the match from the bench, and captain Ledley King could also make a comeback.

BetOnWins Prediction: Manchester United can go top of the Premier League with a win here so they will be firing on all cylinders. This win though won’t come as easy as it has usually been the case against Spurs with Rooney missing. That’s why our prediction is for a Draw in the 1st Half and then United to win in the 2nd!  So bet on X/1. Watch out for Berbatov to score at Any Time against his former team.