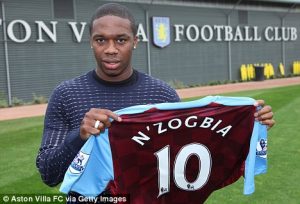 Today’s best betting parlay brings you BetOnWins.com’s top selection that features our highest value picks in a parlay type of bet (you combine all these picks). The biggest advantage that such betting parlays hold for the punter is that at the end, the odd on which you will be betting will be quite high, altough the risk is multiplied drastically as well. If even just a single pick goes wrong, the entire betting parlay is down. But another advantage of this football betting strategy is that it puts you in a position to win a lot of money without sacrificing a lot of your bank. So let’s view our best soccer betting picks for today.

This is one of the most interesting matches in the Premier League openning round. For most punters and betting companies, Fulham are favorites to win, and that’s mainly because they have already played 6 official matches this season (all in Europa League qualifications), so they are expected to be in better form and match fitness. As to Aston Villa, the main talks about them is that they have lost two major players in the likes of Ashley Young and Steward Downing, so right now most people are writing them off.

However, we feel that a surprise could be on the cards, and that would mean that Aston Villa is about to take at least a point from this game. In order for them to do that, they would have to score at least once, and that’s not unlikely given that they have Daren Bent upfront, a proven finisher, and they have brought in N’Zogbia (pictured above) to boost the midfield, so the Villans should not be written off.

Despite losing Young and Downing, Aston Villa still have plenty of good players to allow them to maintain their status of a team in the first half of the table and capable of beaitng any opponent. Long serving goalkeeper Brad Friedl was replaced by Shay Given, who after having enjoyed the best days of his career at Newcastle, failed to make an impression at Manchester City. The rest of Villa’s defense has remained unchanged from last year.

In midfield, they can rely on the rising English talent Marc Albrighton, and now their new star player N’Zogbia. Jean Makoun and Stiliyan Petrov are a couple of hard working holding midfielders that will provide the necessary thoughness in the middle of the park. In attack, the Villans are dangerous with Darren Bent, Agbonlahor, and Heskey.

Fulham are more or less the same team as last season. In defense, they have Riise, Hangeland, Baird, and Salcido. The midfield is filled with Danny Murphy, Damien Duff, Dempsey and Kasami. In attack they got Andrew Johnson and now Bobby Zamora who is returning from a serious injury. Dembele has been included in the squad at the last moment, as he his struggling with an injuury, while Simon Davies is out.

Betting Verdic: Goal/Goal @ 1,90 – We give Villa the advantage in this game, despite most people favorizing Fulham, but it looks like a balanced affair so Both Teams to Score looks like the best bet. 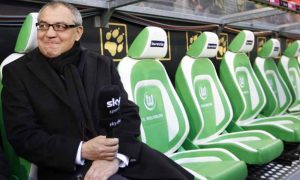 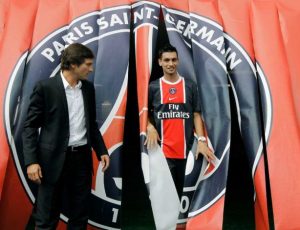 PSG got a huge financial injection from their new Arab owners and made a move for Javier Pastore which they bought from Palermo for 40 million euro. The 22-year old Argentinian playmaker will wear the number 27 shirt. However, he will not feature in this match. PSG will have to rely on their stars from last season in Camara, Hoarau, and Nene to score the goals.

PSG suffered a shock defeat at home in the league opener losing 0-1 against lowly Lorient, so now fans and punters are backing them to win, although we don’t it will happen.

Betting Verdic: Goal/Goal @ 1,83 – Rennes are dangerous too, with France national M’Villa, Stephan Dalmat, Doumbia, and Camara. Therefore, we expect both teams to score in this one.