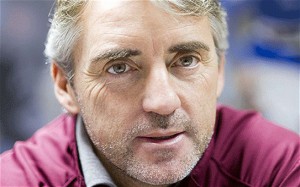 The Monday night Premier League matches tend to produce a lot of surprises, and it seems we are in store for another one according to our Manchester City v Swansea prediction. Tonight, Swansea will become the first Welsh club to ever play in the Premiership, so this game will be absolutely historic. This particular fixture is similar to David against Goliath, in a sense that the Citizens have become the richest football club in the world, whereas Swansea are a Welsh side with much, much lower financial capabilities. Yet, on the football pitch anything can happen, because it’s not the money that play on the field, but the hearts of men.

A recent confession by Roberto Mancini plays a major role in our Man City v Swansea prediction. In an interview for the club’s official website, the Italian openly admitted that his team is “not ready yet”! Now that’s a real shocker given the amount of money he has spent on new players since he took over in 2009. I mean, they still might not have Nasri suited and booted, but to say that such a team that’s worth hundreds of millions of pounds is not complete is simply impudent. Then Mancio went on to brag about just how difficult playing against Champioship sides in the first 10 rounds of the EPL. Well, why are just the first 10 games hard? What’s the logic behind all that?

Mancini is more like a puppet on a string moved around by the Arabs. He is just a good actor that keeps the media occupied with his nonesense-filled interviews. Here is a sample from his latest one: “When you start the season and you play against a team that comes from the Championship, it is really difficult. Last year, with all the teams that came from the Championship, it was very hard to play against them in the first 10 games and it will be the same this year. I think the first 10 games are very difficult for us – the squad is not 100% ready.”

So a big factor in the most accurate Man City v Swansea prediction is that the millionaires are not ready for the season just yet, as all the new players they have brought need time to gel. This side still lacks an identity. Up against them will be a super motivated Swansea side that will be making history on Monday night, so they might have that extra chip on their shoulders. 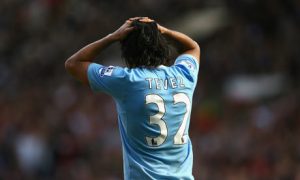 Carloz Tevez is not a happy man at City, and his entire transfer saga is now turning into a soap opera. First he was on his way to Corinthians. Then rumours were shipping him to Inter Milano, and now it looks like there aren’t any real offers for him and he will stay in Manchester, against his will. Truth is that Tevez was the team’s best player last season, when he became joint-top scorer of the EPL along with Berbatov, both with 20 goals. Another interesting stat is that the second’ leading scorer on City’s roster was Balotelli and Yaya Toure, both levelled with 6 goals. So there is a huge gap to be noticed there, and shows just how important the Argentine is for this team.

But back to our Monday night Premier League bet pick. In the lights of our Man City v Swansea prediction, Tevez has been confirmed that he will not play in this game, and that’s a huge blow for them, especially when you consider the fact that his planned replacement and fellow countryman – Sergio Aguero will also not start as according to Mancini, he is not ready just yet. Aguero will be on the bench, so his impact will be severly limited.

History is also against the Citizens, as they have never won an opening day Premier League fixture at home. BetOnWins.com’s Man City v Swansea prediction suggests that this trend will be continued tonight. Swansea City are a well organized team that will be eager to impress on such a big night for them. They will be handing out debuts to a host of new players, such as record signing Danny Graham who became the championship’s best goalscorer last season, Leroy Lita, Wayne Routledge and Steven Caulker.

Here are the execpted lineups:

Manchester City v Swansea Prediction: According to our research, 90% of the money being waged on this game are on City to Win, and the odds are quite low for that going at about 1,35, depending on your online betting company. But depsite what the masses think, we feel that Swanse will take something on this historic night for them against the heavily favorized millionaires. Roberto Mancini has already started making excuses as if he knows that an upset is about to happen and tries to warn the public. The Arabs have to start getting a return for their collosall investments and with the odds for Swanse at about 13.00, there is something really suspicious about this game.