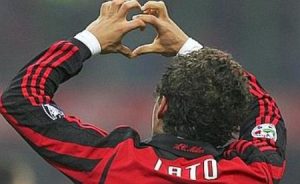 In one of the biggest derbies of Italian football, AC Milan clashes with Juventus tonight at the San Siro to end their 2009-10 campaigns. Both clubs have been going through some quite difficult spells in the recent months, although their original ambitions were to fight for the Scudetto. Slowly but surely, the reality check started to creep in and everyone understood that both Milan and Juve were really unstable sides this year that won’t win anything this season.

Juventus went on to change their head coach and now former Milan coach Alberto Dzakeroni is in charge of the Bianconeri! But even with this experienced Italian in place, the Torin side just keeps on disappointing its fans making one terrible result after the other. If we have to sum things up, we can safely say that this was a disastrous season for Juventus, in fact it was a complete tragedy as they not only exited the Champions League in the group stages, but also got eliminated by Fulham after winning the 1st leg 3-1 in Europa League, got eliminated from the Coppa Italia and now don’t even have a chance of getting in the Top 4. This is the last, 38th round of the Seria A and Juve are 7th, 4 points behind 6th placed Napoli so even if they win tonight, they will still be out of the Euro places.

Just look at the Juve’s last games in Seria A to note just how low they’ve fallen:

Things aren’t much brighter at Milanello as the club made it official they will part ways with current head coach Leonardo after this game which marks the end of another trophy-less season for Berlusconi’s men. Speculations are already geared towards Marcello Lippi taking charge of the club after the World Cup is over. Another candidate tipped for the head coach position is club legend Marko van Basten.

But back on the actual derby to be played tonight. Just like Juve, AC Milan have nothing to play for as they are cemented in the third spot, with 4th placed Samp being 3 points behind them but with worse goal difference and 1-1 wins in the regular season. So even if Milan lose, they will still be 3rd. AC Milan have just 2 wins from their last 10 matches!

Bottom line is that for both clubs this game will be more of a tribute to their own fans and trying to end the season on a positive note. It’s strange that in the final round, you would be expecting that this derby would have  a lot more meaning to it, but it’s just how things went on this season.

AC Milan v Juventus Prediction: Milan are the better side despite their troubled campaign and will be a bit more motivated for the win tonight so they say goodbye to Leonardo in a positive way and also bring some joy to their own fans. And plus, Juve are a complete tragedy right now although in such derbies the moment form doesn’t matter that much. Anyway, our AC Milan v Juve prediction is for a home win but make sure you back it up with a draw. Milan have not won at the San Siro against Juve since 2005!