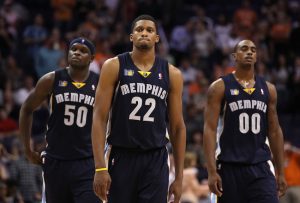 Two of the best in the West are meeting up tonight in San Antonio as the Grizzlies are looking to bounce back from one of their most embarrassing performances ever, while the Spurs will try to keep their momentum going. In their last game against the Clippers, Memphis suffered tremendously losing by 73:99, but the scoreline does not even reflect how bad they were. They finished the night shooting 30.3 percent (27 of 89), a franchise-record low for a home game. The fourth quarter was the only period they scored at least 20 points, finishing with 21.

In our NBA experience, good teams that lose heavily like that usually come back with a strong response. Fact is that Memphis’ best player – Rudy Gay, missed that defeat against the Clips due to “personal reasons”. His presence tonight will certainly increase their chances of winning. We are going to give it to you straight – if Gay plays, then our money is on the Grizzlies. We expect him to feature, but we recommend that you wait for the official info on that which should come about an hour before the game.

The Spurs are currently enjoying a 12-game winning streak at home, making them the hottest home team in the NBA, but such runs are bound to end at some point and the 13th game could as well be fatal for them. The Grizzlies are a solid team with a lot of weapons and typically stack up well against this particular opponent. FYI, the eliminated the Spurs in the playoffs in the 2011/12 season. Things have not changed that much in terms of the rosters. Another factor working in our favor is that Manu Ginobili will miss the next two weeks, because of an injury.

Betting Verdict: Bet on Memphis to Win @ 3.00 on Money Line