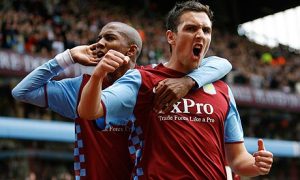 In one of the most interesting matches of the 8th round in the English Premier League, BetOnWins.com provides you with the most accurate Aston Villa v Chelsea prediction. Chelsea find themselves on top of the table and they will stay there even if they lose this game. The Villans on the other hand are in back in contention for the European spots as they are 8th with 10 points, after a slow start of the season.

The key to this Aston Villa v Chelsea prediction is the absentees in the squad of the London club, along with the fact that it’s time for them to drop some points so that the intrigue and drama can get back to the EPL. Prior to this game, Carlo Ancelotti confirmed that both Frank Lampard and Didier Drogba are out for this one, and that’s a huge loss for him as they are Chelsea’s best players without a doubt. Even though Chelsea have plenty of class in their ranks, these two certainly make the difference and their absentee will be felt on the pitch against an energetic and hungry Villa side.

But the injury problems for Ancelotti don’t end here. Forward Kalou and in-form defender Alex who scored a stunning free kick against Arsenal in the previous round will also be missing along with Benayoun who was acquired from Liverpool. The only piece of good news for the Blues is the return of captain John Terry. 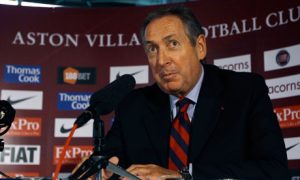 Aston Villa’s recently appointed Gerrard Houllier is in much better position than his Italian opponent at the bench. Emile Heskey will have to undergo a late test to prove he is match fit, while Gabriel Agbonlahor is also a doubt after undergoing groin surgery a fortnight ago. However, even if both of them don’t make it, Aston Villa can still rely on John Carew who will be supplied on the flanks by the fast and furious wingers Ashely Young and Stewart Downing.

Considering the absentees for the London club, it’s fair to say that we favor the home side in this Aston Villa v Chelsea prediction.

It’s about time for Chelsea to drop some points as they have been trashing their opponents all year long. Aston Villa have proven to be sort of a bogey team for them as they defeated them last year 2-1 after Drogba open the scoring. Another interesting result was the 4-4 draw between those two sides at the Bridge two years ago.

Aston Villa v Chelsea Prediction: Bet On the Draw as Chelsea are missing their star duo in the likes of Drogba and Lampard while the Villans are going through a positive period with the appointment of Gerrard Houllier.