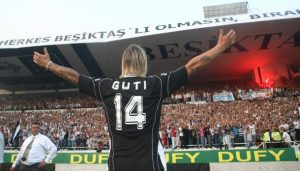 BetOnWins provides some super accurate betting picks and with our Europa League predictions for today you can make thousands of dollars by betting online because we got the winners for you. 74 teams from 31 countries will participate in this final playoff round as the group stage officially begins on the 16th of September and only title holders Atletico Madrid are certain of qualification. So which are our betting picks and tips on Europa League for today?

An important fact regarding this Besiktas v HIK prediction and correct score pick is that the match will be referred by Roumanian Ovidiu Alin Hategan. This should actually prove to be an advantage for the home side as Turkey and Roumania are almost neighboring countries, although to be quite exact Bulgaria seperates the two from a purely geographical stand point.

A betting guide on Besiktas v HJK Helsinki can’t miss out on the fact that the match will be played in Turkey a the Inonu stadium in Istanbul where the fans will be going absolutely crazy hours before the actual kick off. Turkish teams like to sign aging stars from other leagues and they did just that this summer by acquiring Guti from Real Madrid. Guti will certainly bring a lot of class to Besiktas and will add a lot of creativity to the team.

The best Besiktas v HJK prediction is that the Turks will win this game with several goals difference. They should take the lead right from the 1st half and they simply keep on building up on it. The correct score between Besiktas v HJK should be 3-0 or 2-0, an end result that will guarantee their qualification. 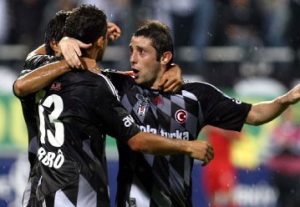 This Besiktas v HJK Helsinki preview for the 17th of August simply can’t miss out on the fact that Besiktas have a lot of power up front with proven goal scorers such as Nihat, Bobo, and Delgado. Now, with Guti’s accurate leading passes they should be able to score plenty of goals against a shaky team from Finland.

Another fact supporting our Besiktas v HJK Helsinki betting picks are the results that both teams had during the weekend. Besiktas won away 0-1 at Bucaspor while HJK lost at home 0:1 to Honka. That’s why betting on Besiktas to win this game is one of the best Europa League predictions for today.

Besiktas v HJK Helsinki prediction: Bet On Besiktas to win this game with at least one goal difference as they will take an early lead and build up on it for the remainder of the game.