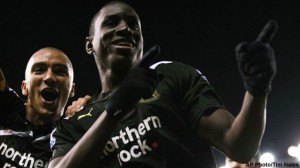 We have a combo of two of the best football predictions from today. Both picks are from the Premier League. This 15th round strikes us as quite an interesting one with most of the matches being between some pretty even teams. What’s really interesting about this Saturday’s premierleague matches is that the league will commemorate the 20,000th goal in the competition. The first goal came in 1992 in the match between Sheffield United and Manchester United when on August 15th, Brian Deane gave Sheffield a 1-0 win in the 5th minute. Tottenham’s legendary striker Les Ferdinand went on to score the 10,000th, so how will be player to go in the history books today? Of course, everyone’s eyes is on Robin van Persie to do it with the red hot form he is in. At least that’s Deanne’s pick.

After an incredible start to the season, Newcastle are getting back to reality now. They have not won in their last four EPL matches, recording three defeats in the process against Man City, Chelsea and Norwich. Surprisingly, the only point came at Old Trafford, but they also had quite a lot of luck then and some strange refereeing decisions went their way.

Obviously, Newcastle players are seeing this game as an opportunity to end that bad spell as Swansea are a beatable opponent, especially at home. Newcastle’s next game is also at home so that forms a nice incentive to start a good run of results. Here is what defender Simpson shared with the official club webiste: “They’re two massive games. We’ve got two opportunities at home within four or five days of each other to pick up a lot of points and push on back up that league ready for Christmas.”

And with Demba Ba being in the best form of his life, you can’t blaim Simpson for being too confident. Demba Ba netted is second in the goal scoring chart with 11 goals equalling him to the 50 million pound purchase by City – Kun Aguero. Of course, Persie is first with 15 from 15 matches. He is actually our pick for the player that will score the Premier League’s 20,000th goal. That’s one of the best football predictions for today, December 17th. Ba to score 1st is rated by Bet365 at 4.50.

At the same time, the Welsh side from Swansea should not be overlooked. Swansea are a though group of players that has started the season brighly finding themselves in the 11th spot with a record of 4-5-6 (Wins-Draws-Losses). Scott Sinclair is a very technical player that could make the difference, and forward Danny Graham had a scoring comeback in his substitute appearance last week against Fulham (2:0 win). That’s why we expect them to cause trouble and at least get on the scoresheet. 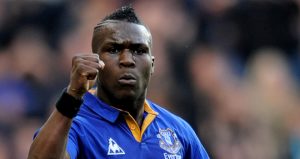 Everton are on the back of two straight defeats by 1:0 (against Stock and Arsenal). A really interesting fact for them is that they have not had a draw in the Premier League for 11 straight matches, and that’s what we expect them to do today. They have been unconvincinng all season long, and Norwich are definitely a tough opponent. They won their last fixture by a 4:2 scoreline and that game was against none other than Newcastle. Goals came from Holt who had a double, Morison and Hoolahan. As a matter of fact, Norwich are ahead of Everton in the league standings, so it’s surprising to see the bookies favorising the side from Liverpool so much, as they are rating them at just 1.53 to win, while the draw pays off nicely at 4.00!

One of the best betting tips for today is this draw here. It’s well worth it. In terms of goals, Everton will definitely score at least once at home, Drenthe currently the in-form man for them (3.50 To Score At Any Time). At the same time, Norwich managed to put no less than four past Newcastle who have one of the best defensive records, so they should also be able to beat Howard. Thus, a Goal/Goal looks like the most accurate betting prediction for this match.