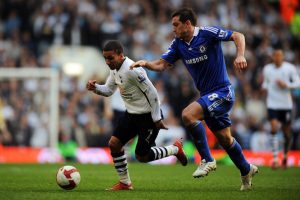 Another intense London derby is on its way. While Chelsea aim to continue their title push, Tottenham will be looking to capture that elusive 4th spot giving rights to play Champions League football next season. There is a lot at stake for this game and even though Chelsea are favorites, you can’t write off their neighbors.

Aaron Lenon won’t play which of course is bad news for the home side. Their captain Ledley King is a major doubt. But still Tottenham have a lot of quality players especially in attack like Luka Modric, Jermain Defoe, Pavlyuchenko, Crouch, Gudjohnsen (recently signed).

Chelsea’s coach Ancelotti has some good news as Ashley Cole is finally getting back into the squad. The only ones missing are Carvalho, Essien, and Bosingwa. There is little doubt that Chelsea will score at least one goal in the derby.

BetOnWins Prediction: Both Teams to Score (Goal/Goal). Although Chelsea is the clear favorite in this one, Tottenham should also be able to score. After they went goal-less for a whole 120 minutes in the FA-cup semifinal against Portsmouth, they managed to win 2-1 against Arsenal. Considering what’s at stake for both sides, the odds of 1.7 given by bwin for both teams to score in the match are quite good.