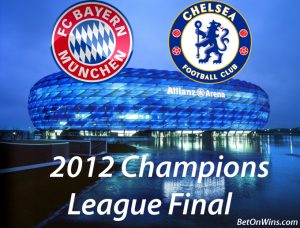 The most anticipated match of the year is always the Champions League Final, and we have prepared for you the most accurate Bayern v Chelsea prediction. While everyone expected Barca and Real to be the ones deciding the faith of the most important trophy in club football at the Allianz Arena on May 19th, fans will actually get to see a classic battle between Germans and Brits. As it often happens in recent years, both teams that made it to the Champions League final aren’t actually champions of their respective domestic leagues. In fact, among other things, this game represents Chelsea’s final chance of clinching a place in the Champions League for next season, as they finished outside of the Top 4 in England, but will be given the right to defend the trophy should they win it.

Of course, in order for us to make the absolute best prediction for this 2012 CL Final between Bayern and Chelsea, we have to examine everything, starting from the very top – the coaches. In this particular area, the Germans seem to have the upper hand, as Jupp Heyncks had his first coaching spell at Bayern when Di Matteo was yet to make a pro debut as a player. Heyncks, now 67 years old, has won practically everything in the world of club football. He made an interesting analysis of their English opponents by saying: “They have a lot of experienced players in their team and it’s clear that the veterans, the players who’ve been playing at Chelsea for many years, want to win something big. And that’s very dangerous for us. The match will be open and the chances are 50-50, but it might be a little advantage to play here at home.”

An interesting fact about this Bayern v Chelsea prediction is that no other club has reached the final when played at their own stadium since 1965. Thus, never in the history of the modern Champions League has a club lifted the title at their own ground, and on May 19th, the Bavarians will have that chance to write a new chapter. But the big question is – would playing at home really prove to be an advantage?

A common point between the two teams in this Bayern v Chelsea prediction is that key players will be missing. The situation is more difficult for the Londoners, as they will be without their most influential and perhaps best midfielder this season – Ramirez. He is the one that scored the decisive goal at Camp Nou. He is the one that also scored the opener in the FA Cup Final against Liverpool won by Chelsea a couple of weeks ago with a 2:1 scoreline. But besides the Brazilian, Di Matteo will also have to deal with the absentees of captain John Terry, starting right back Branislav Ivanovic, and holding midfielder Raul Meireles. These are four regular starters for Chelsea, so that’s a major blow to their chances of winning. The hosts of this 2012 Champions League Final prediction will also be without three starters due to suspension, but definitely not of the same quality or impact: Holger Badstuber, David Alaba, and Luiz Gustavo. 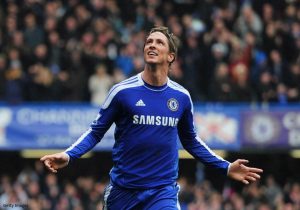 Yet, the Blues are a deep team this season, and they have players who can step up and fill those gaps. Essien has the experience needed, and a top Bayern Munich v Chelsea prediction is that he will play from the very start. David Luiz will replace John Terry, and Garry Cahil is also ready to play. Ramirez seems to be the biggest absentee for them, but they will simply have to overcome that.

But there are other important factors to this Chelsea v Bayern prediction for May 19th. The main one is that as Heynckes hinted, this is the last chance for this generation of Chelsea players to lift the trophy they’ve always wanted. It’s also a chance to make amends for the lost final in Moscow against United, where Terry slipped up. It’s also a chance to finally bring their crazy billionaire owner (Abramovich) the biggest joy of all. Roman Abramovich’s desire to see his Chelsea club lift the Champions League is the one that has driven him all along these years, forcing him to explore all kinds of possibilities, players, formations, and coaches.

On the opposite end, Bayern also have plenty of reasons to believe they deserve to win it. This season, they finished second to Dortmund both in the league and in the German Cup as they lost the final in Berlin last Sunday with a convincing scoreline of 5:2. Another second spot would simply be quite bitter pill for them to swallow, particularly in front of their very own fans at their stadium. Furthermore, Bayern lost their last Champions League Final appearance against Inter, just two years ago. Perhaps it’s about time for them to lift a trophy.

Betting Verdict: Of course, Bayern are favorites to win the match and lift the trophy. However, our money is on Chelsea to beat all odds and triumph. The best bet is on Chelsea to Lift the Trophy, which bet365 offers at 3.00, so you can triple your bank. In terms of end result, we expect a Draw that would send the game in Extra Time. The Draw is available at 4.00.