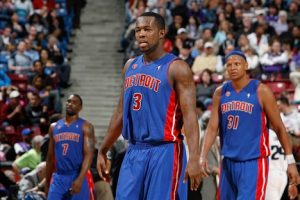 Our Late Night pick from the NBA will probably surprise a lot of people as it features the Boston Celtics who travel to Detroit for a match against the Pistons. Bookies and basketball fans worldwide expect the C’s to easily win this one, but according to our prediction that won’t be the case.

Detroit Pistons have traditionally been among the strong in the NBA and won 3 titles in the last decade (2000-2010). However, they have been quite poor over the last couples of years, despite having some pretty decent players. It’s time for this team to start emerging on the surface again, because basketball fans in the Motor City are desperate for some success. However, Pistons started this season tragically with 3 straight losses. Now they face the Celtics and to the average sports fan the outcome is quite obvious.

But NBA picks are all about betting on underdogs on high odds. That’s exactly tonight’s ball game between Celtics and Pistons. The Celtics are without a doubt one of the strongest teams in the NBA right now, but because they consist of older players (Shaq, KG, Paul Pierce and Allen all over 34 years of age), they tend to focus on the Playoffs while in the regular season you will see them losing from some of the worst sides. That’s simply because such an experienced group as the C’s know that it’s the postseason that really matters. During the regular season, Doc Rivers’ formula is to win most home games and maintain a 50% win ratio on the rode. A proof of this theory is the way Celtics started this season – won against Heat on Opening Night and then lost away to a Lebron-less Cavaliers team. 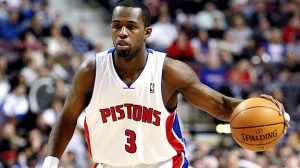 The Pistons on the other hand are not to be underrated, despite their poor stretch. Detroit has one of the most explosive backcourt duos in the NBA with top point guard Rodney Stuckey and shooting guard Ben Gordon who seems to be getting back to his best days in Chicago after missing the majority of last year through various injuries. Gordon has been in excellent form so far with an average of 21.7 PPG and shooting 65% from the field! Stuckey is averaging 18.7 points and 7.7 assists and had just a total of 4 turnovers in those first three defeats. These are some really impressive numbers.

And Pistons have 3 other top ball players in the likes of Richard Hamilton, Tayshaun Prince, and Charlie Villanueva. Hamilton is one of the best shooters in the league, Prince is a very good small forward capable of scoring from the perimeter and plays great D. Not to mention that Pistons signed Tracy McGrady during the summer and he shouldn’t be written off. Ben Wallace is also a strong rebounder, great defender and hustler so the home side has the material to win tonight’s ballgame against a strong opponent as the Celtics.

Another major factor that makes us pick the Pistons to win over Celtics is the way those straight losses happened. For fans in Detroit, it looks like all the nightmare scenarios have happened so far this season. First,Pistons lost the season opener in New Jersey after leading 95-88 with just 1 minute and 30 seconds left in the 4th quarter. Then came another devastating loss in the home opener against Oklahoma. Detroit lost that game with a bucket in the last seconds against of the best teams in NBA, the OKC Thunder 104-105 with Jeff Green scoring a lay up with just 2 seconds to go.But if you thought that wasn’t enough, two nights ago the Pistons blew away a 20 point Half Time lead against the Bulls.

Celtics at Pistons Prediction: It looks like Pistons have lost in all the worst possible ways at the start of this new season. It’s about time for their luck to change and they will playing at home while Celtics will be without Shaq. Detroit has the personnel to win this game and the odds for them are really good.

Bet On Pistons to Win @ 3,50
*Of course this is a surprise type of pick so we don’t advise you to go All-In on it, but give the high odds it’s certainly worth a punt.