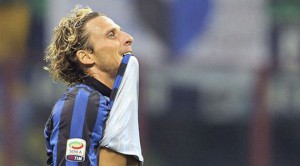 The best football betting pick comes from the Seria A and our Novara v Inter prediction. Inter have been in a free-falling state ever since Jose Mourinho left to Madrid. It seems like now that the Portuguese is long gone, the Nerazzurri have returned to being their good old selves, and that means struggling to win against average opponents in Italy and recording shameful defeats in Europe. Moratti taught he could turn things around with the appointment of Gasperini, who the Special One labelled as his toughest opponent in Seria A. However, things are now looking quite bad.

Gasperini came in with the idea of deploying a 3-4-3 system and at least in my opinion, such a tactic will never suit Inter. The reasons are quite solid and are related to our Novara v Internazionale betting tip. Inter has some quite experienced defenders that are used to playing in a line of 4. Maicon at the right back (now being replaced by Johnathan), Lucio and Samuel paired in the center, and Chivu or Zanetti on the left back. That’s how Inter’s defense should look and it was their best element when they won the treble under Mou. So why make such a drastic change now? Furthermore, these old Inter defenders are not so quick when it comes to adapting to a new system and entire new style of play. So Gasperini has totally wrecked Inter’s strongest link. 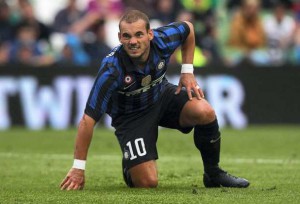 And if that was not enough, Gasperini took another major step towards ruining a winning side by being incapable of finding a place on the field for the team’s best and most consistent player over the past couple of seasons – Wesley Sneijder. The highly talented Dutchman who proved his loyalty to the club by rejecting a move to Manchester United, started on the bench in the loss against Palermo, in favor of the completely useless Zarate. It’s strange that Gasperini can’t find a place for Sneijder in his side when he should be building his entire tactics around one of the world’s best midfielders.

Another important factor in this Novara v Inter prediction contributing to the miseries of the Nerazzurri is the loss of Samuel Eto’o. Apparently, Moratti was forced to sell his best forward, in order to get within the limits set by UEFA for financial stability of the clubs. Clubs that have registered losses over the course of four consecutive years will be axed from the Champions League. It’s practically impossible to replace a player like Eto’o. They brought in Forlan who is now 32 years of age, and Mauro Zarate who is looking like a complete flop.

Inter paid the price for all these bad moves and have now gone without a win in seven matches! That was completely unheard-of in the Mourinho era. Even under Benitez they weren’t so bad. Fans are now starting to lose patience and this match against the newcomers from Novara could be decisive for Gasperini. A failure to claim all three points against a side coming from Seria B will probably be a bit too much for fans to swallow, and there will be some seroius off-pitch drama and scamdals should that happen.

Novara v Inter Prediction: Inter recorded three heart-breaking defeats in a row – against Milano in the Supercup, against Palermo, and then the shock versus Trabzon. They have not recorded a single win in their last 7 games under Gasperini, and another failure today will be an absolute tragedy. It’s do or die time for Sneijder and co, and that’s why we expect them to prevail.